Valtteri Bottas says he's more comfortable with the base set-up of his Alfa Romeo Formula 1 car than he ever was driving the Mercedes.

Bottas noted that at his previous team he didn’t always enjoy driving what was supposedly the fastest set-up – one presumably usually influenced by the preferences of team-mate Lewis Hamilton – because it didn’t suit his style.

The Finn says the Alfa Romeo F1 car provides him with a good starting point which he is then able to improve upon.

"I feel like in the past quite often the set-up that would be the fastest in theory didn't necessarily mean the nicest, or easiest to drive or suitable to [my] driving style," he said.

"But now I feel like for me at least it matches a bit more, already like the starting point of the set-up which we think ideally, in theory, would be the best, it already handles quite nicely. And then when we fine tune it from there, then it becomes even better."

Asked he felt he is driving better at Alfa this year, Bottas said: "That thing is quite hard to measure, because obviously everything is new this year.

"But in terms of how I feel in the car, I feel really comfortable. I would say probably Monaco, and especially Baku, they were difficult ones.

"I don't think I've peaked yet as a driver, I think as an individual. And for me, not yet. So I'm still learning. That's the beauty of this sport, if you still want to learn.

"And I guess it also depends on the atmosphere and the surroundings and everything. Yeah, for me, it works. And I really like this car. And I've been able to really also set it up like how I want." 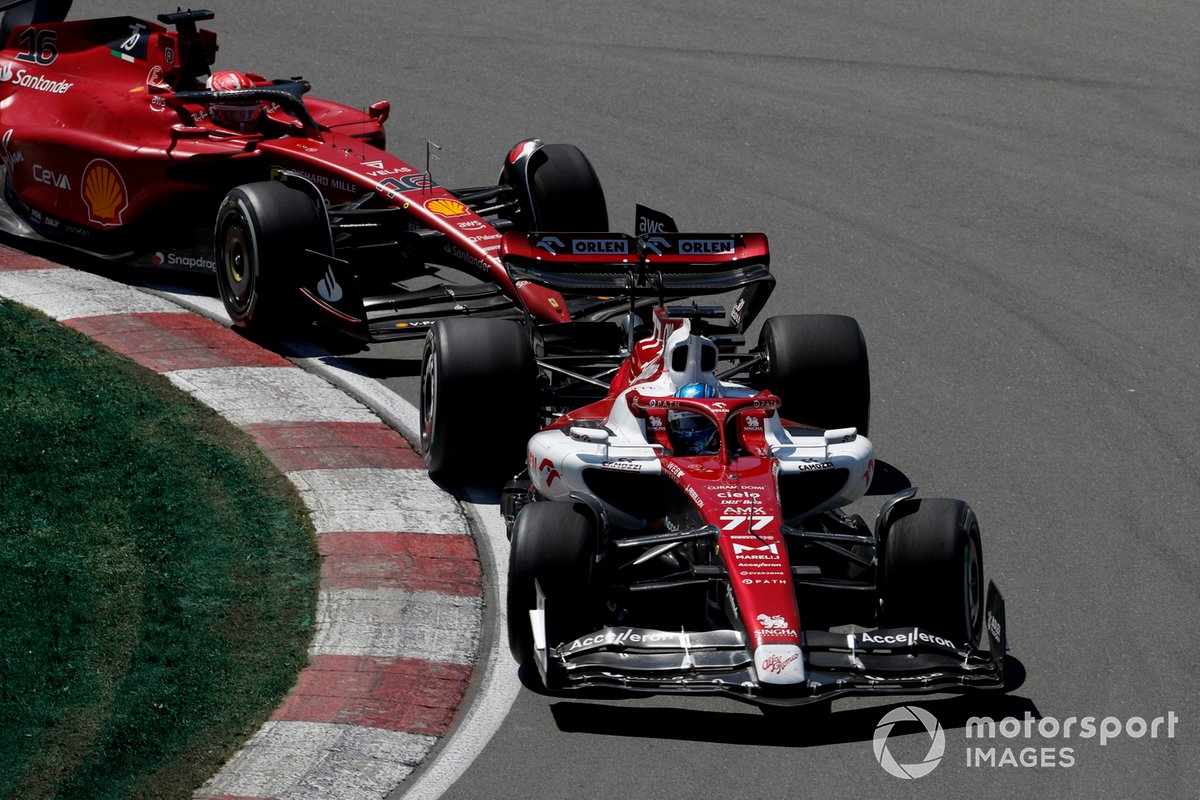 Bottas has previously noted that high-speed stability was a weakness of the car, but he says it is being addressed.

"With the new package we got, I think it was in Barcelona that was definitely improved," he said.

"Now based on simulations and simulator work, we still have a decent step from low to high speed with the balance. So the highest speed corners, the more or less oversteer.

“That's something we're still working on. And especially for the future I think it's a bigger thing aero wise and car design wise."

Meanwhile, Bottas admitted it is difficult to predict how well the car will perform this weekend.

"On paper it's hard to say nowadays," he added. "Like every team in the midfield at least seems like they have their dips and ups and downs, and it's been the same for us.

"But it's nice to be back on a non-street circuit and a bit more high-speed content to actually see, with this package that we have, how does it perform on a track like this, which we think it should be an improvement from the beginning of the year. So let's see."