Alfa Romeo's performance has been one of the surprises of the 2022 Formula 1 season so far, the Swiss squad a contender for best-of-the-rest honours behind Red Bull and Ferrari.

Valtteri Bottas has shone after his switch from Mercedes and put pressure on new Silver Arrows signing George Russell on his way to fifth at last weekend's Emilia Romagna Grand Prix.

The result puts Alfa fifth in the constructors' championship after four races, with Bottas only four points behind Lewis Hamilton in the drivers' championship.

The Finn's Imola charge, which followed a hefty pitstop delay, was helped by a fairly significant upgrade that evidences a notable change in the team's sidepod philosophy.

The changes on the C42 start at the front of the floor, with the leading edge distribution of the floor and the strakes altered to improve not only how airflow migrates under the car but also how it travels around the upper surface and the sidepod.

Comparing the new sidepod solution with the old one, it's obvious that the bodywork is now drawn down to meet with the floor, which will clearly have an impact on how the airflow not only travels around but also over the sidepod.

Fortuitously, Alfa Romeo's livery helps with this distinction, as the red section at the rear of the sidepod illustrates the differences between the two configurations without need for any additional accompaniment.

It's also worth noting how the undercut is retained for as long as possible before the floor and sidepod merge, granting room for the airflow as it makes its journey along the car's flank. 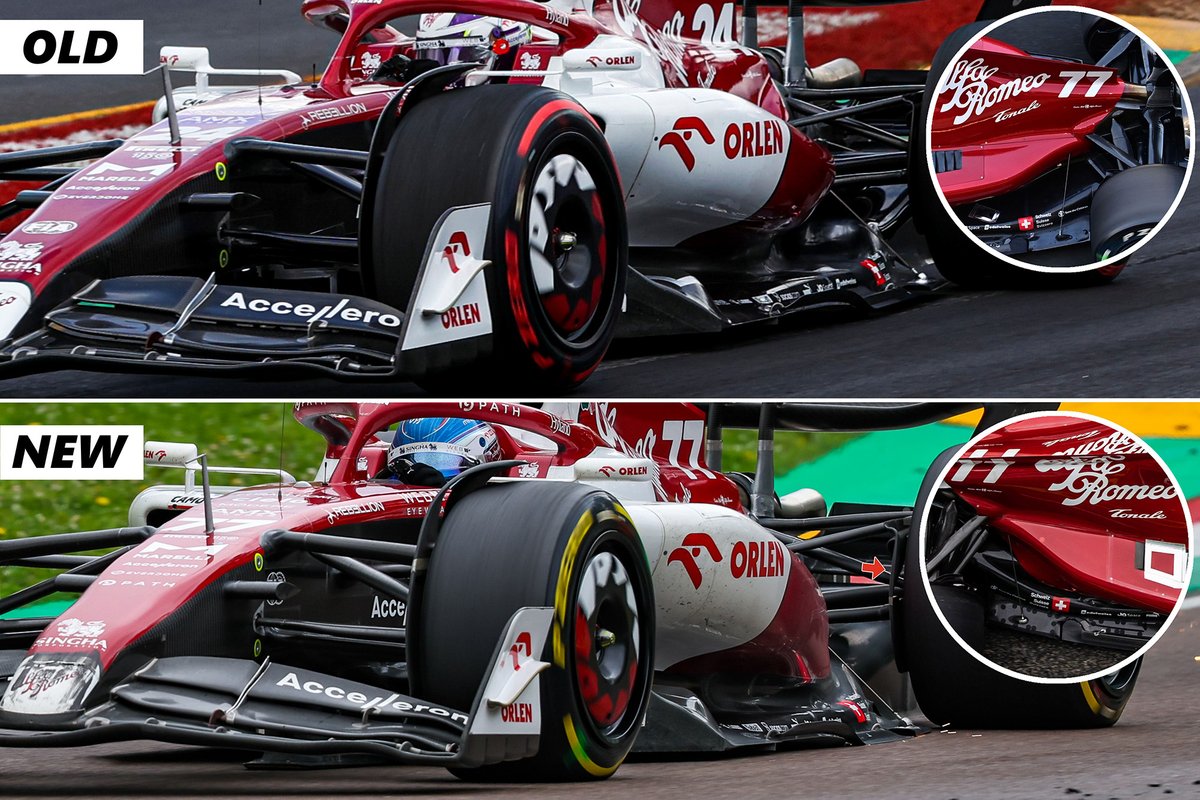 As can be seen from the top down overviews , the new bodywork that merges with the floor doesn't align completely with the upper surface of the sidepod to create the full width downwash ramps we've seen elsewhere.

However, it does likely improve the geometry of the floor if we consider how this corresponds when viewed from the underside.

Some modifications were also made to the rear brake duct fence, with the geometry of the forward section changed in order to open up the channel for which the inlet resides behind (red arrow).

Porpoising like a "virtual barrier" to Aston Martin's F1 progress