Although the Italian company is currently expected to run the same tyres used in 2019 and 2020 again next season, it hopes to tweak its construction if the test proves successful.

The FIA sporting regulations were adjusted earlier this year to allow testing in the first 30 minutes of FP2 sessions, with all drivers obliged to take part and run two sets of tyres.

The testing was originally scheduled for the second Silverstone race and Barcelona, but it was postponed following the tyre failures in the British GP in order to allow Pirelli to do more work.

Portimao has been chosen as the most representative race venue of those coming up in the next few weeks.

"We sent a request to the FIA to have one tyre development test, or validation, in Portimao," said Pirelli F1 boss Mario Isola. "That was mainly due to the fact that we believe Portimao is a representative circuit.

"We don't have information on Portimao because it's a new race, but we can make a comparison with the baseline, with the tyre that they are going to use for the weekend.

"Imola is a two-day event, and therefore we cannot request a test. This option is only possible for three-day events when we have FP1, FP2 and FP3. And I believe Nurburgring is quite cold in the period we are going there.

"Another option was maybe Bahrain, but Bahrain is going to happen after November 1, and that is the deadline for us to present the new specification.

"So Portimao is our option for testing different prototypes with the idea of introducing a fine tune of the tyre for next year." 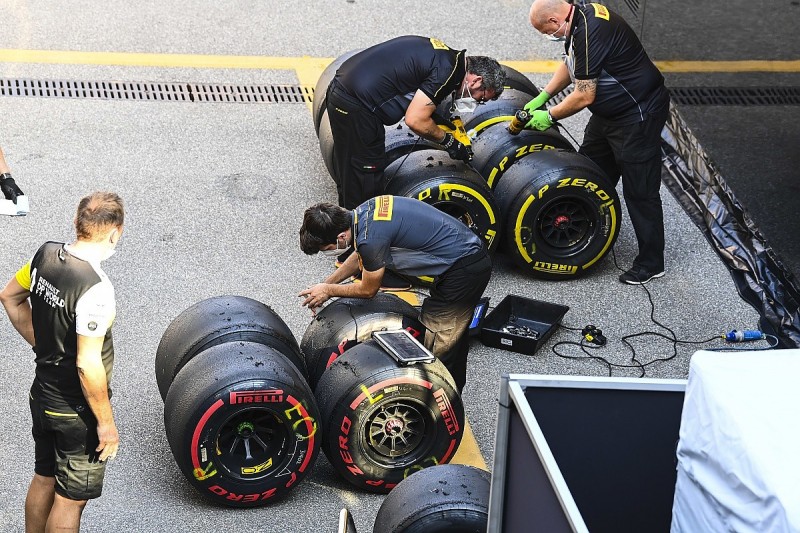 Regarding the possible changes to the 2021 spec Isola said: "We have a bit more margin on the front where we can play with the external profile, it's more difficult on the rear because obviously the test will be on current cars, and that means that we cannot make any different prototypes in terms of dimensions on the rear, where the floor is very close to the tyre.

"We are mainly working on the construction, but I cannot exclude that we'll have a slightly revised version of the compounds."

A recent rule change has allowed the FIA and Pirelli to diverge from the eight sets of softs, three mediums and two hards that was originally mandated as the standard allocation for 2020.

Isola confirmed that for the shortened Imola weekend drivers will have 10 sets of slick tyres, instead of the usual 13, but the split between hard, medium and soft is still under review. In addition the numbers could be adjusted for some of the less familiar tracks that have been added to the schedule.

Pirelli also expects to use the same range of compounds at the two Bahrain races, despite the very different layouts of the two circuits.