Toro Rosso is four points ahead of Renault with Haas another two behind heading into the season finale at Yas Marina, with millions in prize money revenue at stake for all three.

While Gasly and team-mate Brendon Hartley were only 17th and 20th in qualifying, Nico Hulkenberg put the lead Renault seventh on the grid.

"Compared to Brendon, I managed to do a good lap so this is the only positive, but that's not the target," said Gasly.

"This weekend we need to keep the sixth position and at the moment it's out of our hands really, because we don't have the pace to fight.

"It's a bit annoying to look at things without being able to really have an impact on it."

Should the three teams' cars finish where they start on Sunday, Hulkenberg's seventh place would be enough to swing the fight for sixth in Renault's favour.

Gasly, who has reliability worries due to running "an old MGU-H", admitted Toro Rosso's hopes relied on other midfield teams beating Renault.

"Hopefully the Force India will be fast enough. I think at the moment the only thing we can do is to pray tomorrow morning for Hulkenberg to finish eighth," he said.

"At the moment I see [team principal] Franz [Tost] is really stressed, as much as we are, because in the end if we want to be competitive next year, it's really important to keep this sixth position, because it'll have an impact on the development.

"It's a bit frustrating not to be a bit further up the grid, to be fighting properly.

"Starting from 17th, it's difficult to do something, but for sure we'll try everything." 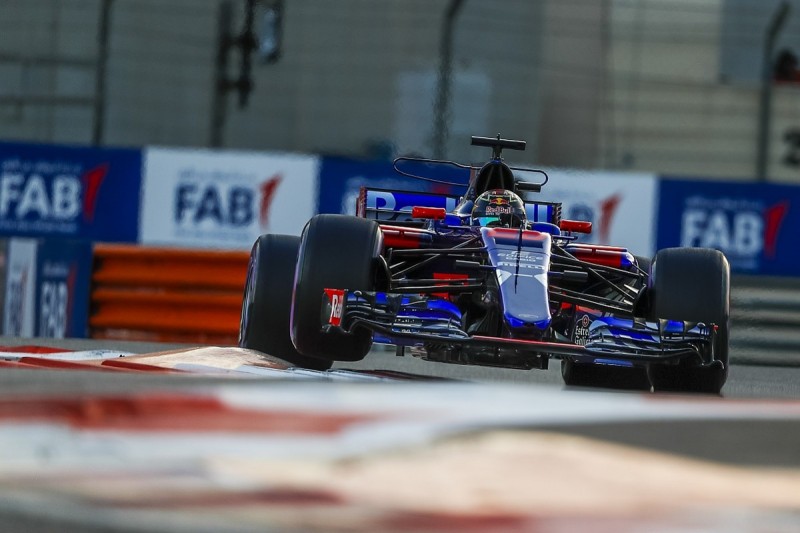 Team-mate Hartley was disappointed with his own performance on top of Toro Rosso's struggles, having trailed Gasly by three quarters of a second.

"We didn't have a lot to lose so we've been also throwing a lot of changes at the car, because we knew we had a 10-place grid penalty, so we've been desperate to find some performance somewhere," Hartley said.

"Didn't work out in qualifying, I didn't get a lap together at all. A bit disappointed personally, I didn't do a good job."

Gasly added that the Toro Rosso had multiple weaknesses at Yas Marina.

"And we're not competitive in the corners, and neither in the straights.

"We seem to be lacking pace everywhere," said Hartley.

"The long run, we're in the mix with the Haas and the Sauber, but points I think are going to be a tough ask."