Williams "has to be concerned" heading into the 2018 Formula 1 season based on testing pace, according to Lance Stroll

Coming off the back of an unspectacular winter of testing, and with the likes of Renault, Haas and McLaren showing signs of improvement, Williams is likely to face a tough battle to hang on to its fifth spot in the constructors' standings for a third consecutive year.

Stroll admitted that gains made by other teams gave Williams reason to be worried ahead of the Australian Grand Prix.

"We definitely have to be concerned because it's not a secret that everyone looks pretty good this year, so it's going to be competitive," he said.

"But at the same time we just have to remain calm and wait to see what happens this weekend [and] where we stand."

Team boss Claire Williams added that while testing did not go to plan, it was the right time to uncover weaknesses with the car, leaving margin to make big gains when a major updates arrive for the Spanish Grand Prix.

"I suppose the honest assessment is we probably hoped for a little bit more in testing," she said. "But then it is testing.

"That's what we're there for, to try to evaluate the way the car is and predominantly to understand where the weaknesses are and then work rapidly ahead of Australia in order to try to rectify those weaknesses.

"Any ambitions we may have had - I'm not saying we did - to be fighting in the top three are probably a little bit far off from us, but that's our responsibility and we need to make sure we very quickly get on top of the weaknesses in the racecar that we have and bring developments over the coming races.

"We've got a huge development package for Barcelona - we'll have to wait and see where that puts us."

But Williams also conceded that losing points early on would likely prove costly in the tight midfield battle.

"I think that's what we all see - that you miss those points at the start of the season and you really regret that later," she added.

"You kind of think 'well, it's a long year so if we don't do necessarily very well in the first few races it doesn't matter'. It actually is crucial to do well from the off." 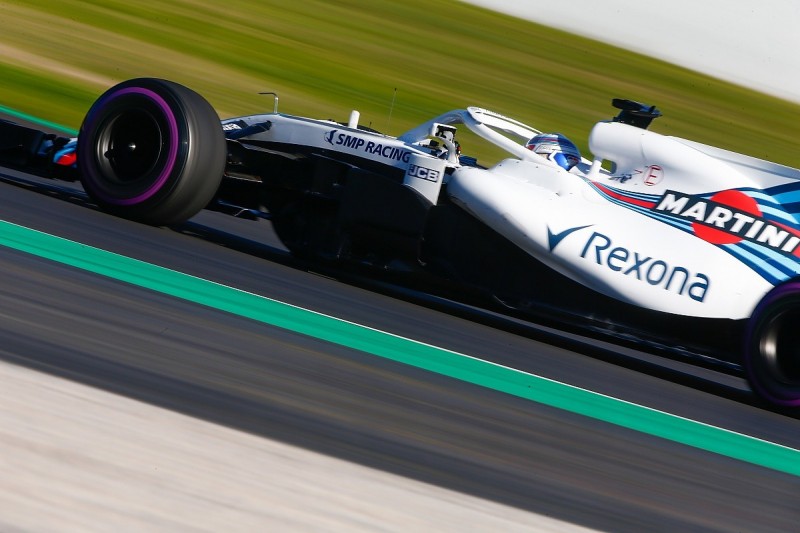 New signing Sergey Sirotkin said one hope is that the FW41's issues with turn-in might have been exaggerated by cold conditions in Barcelona.

"[Turn-in is] the most crucial part of any racing car," he said.

"In certain conditions it was more difficult for us, but we are working on it.

"It's a very different track here, with a different tyre working range.

"It all depends on the conditions, not just what the car is doing.