Stroll produced a shock result in qualifying at Istanbul Park on Saturday by scoring his maiden F1 pole position in wet conditions on a low grip surface.

The Racing Point driver's celebrations were put on hold after the stewards summoned him shortly after qualifying for failing to slow for yellow flags during his fastest lap in Q3.

Stroll was alleged to have failed to slow down enough after yellows were shown following a spin for Racing Point team-mate Sergio Perez at Turn 7.

But following a hearing at Istanbul Park on Saturday evening, the stewards announced Stroll had been cleared of any wrong-doing after he was found to have slowed down for the yellow flags.

"[Stroll] approached Turn 7 with a single yellow flag showing for the sector due to Car 11 (Sergio Perez) off track on the outside of the corner," the stewards report reads.

"By telemetry, [Stroll] clearly came off the throttle, coasted into the corner, and then accelerated when clear of the incident. 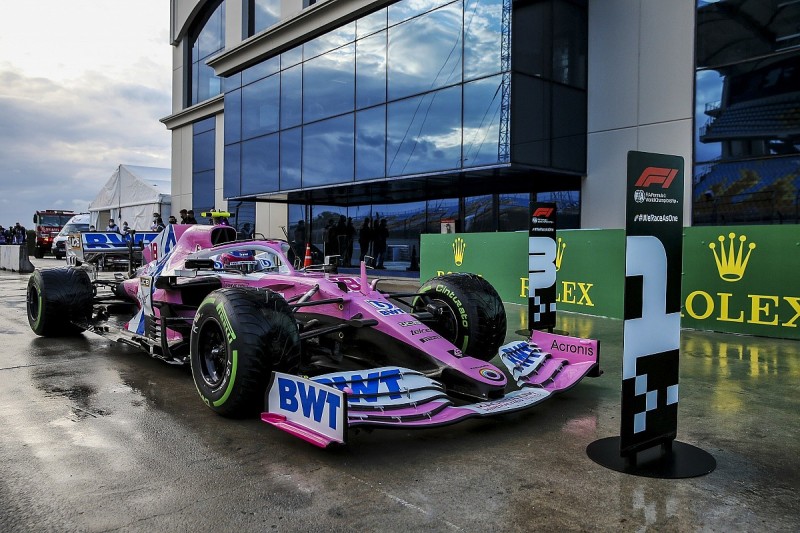 "Sector times do not clearly show this as the track was rapidly drying and each lap was quicker than the preceding lap."

Stroll had been informed over team radio about the yellow flag shown for Perez, but was told after passing the zone to keep pushing on his lap as they had not been double-waved yellows.

The Canadian then crossed the line to take a shock pole position for Racing Point, eventually finishing two-tenths of a second quicker than Red Bull's Max Verstappen in P2.

McLaren driver Lando Norris remains under investigation for allegedly failing to slow for yellow flags in Q1 after a number of drivers appeared to improve their lap late in the session.

His team-mate, Carlos Sainz Jr, has already been hit with a three-place grid penalty for impeding Perez, dropping from 13th to 16th on the grid.