After a safety car restart on lap 22 Stroll and Alonso were squabbling over seventh place when Alonso pulled out of the Canadian's slipstream on COTA's long back straight.

Stroll made a late defensive move, appearing to react to the Spaniard and then the pair made hard contact, sending a briefly airborne Alonso into the wall and Stroll into a spin.

Stroll retired on the spot with extensive damage, but somehow Alonso's Alpine survived as he took an unlikely seventh place at the finish.

Ahead of the FIA stewards' post-race investigation, for which both drivers had been summoned, Stroll felt the collision wasn't as clear-cut as it seemed as he thought Alonso left little margin during his overtake attempt.

However, Stroll was granted a three-place grid penalty for the Mexico City Grand Prix next weekend for his part in the incident.

When asked if he acknowledged he moved over too late, Stroll said: "I mean, I definitely moved late, but there was a big difference in speed.

"I was judging more or less, kind of picking where he was behind me. But it's not like I hit him on the side of his car. The impact is still his front wing to the rear of my car.

"I gave him plenty of room on the left of the track, so it's not like I squeezed him or anything like that against a wall. He could have moved earlier and went more to the left. He didn't have to get so close to me either.

"So, there's a lot of different ways you could look at the incident. 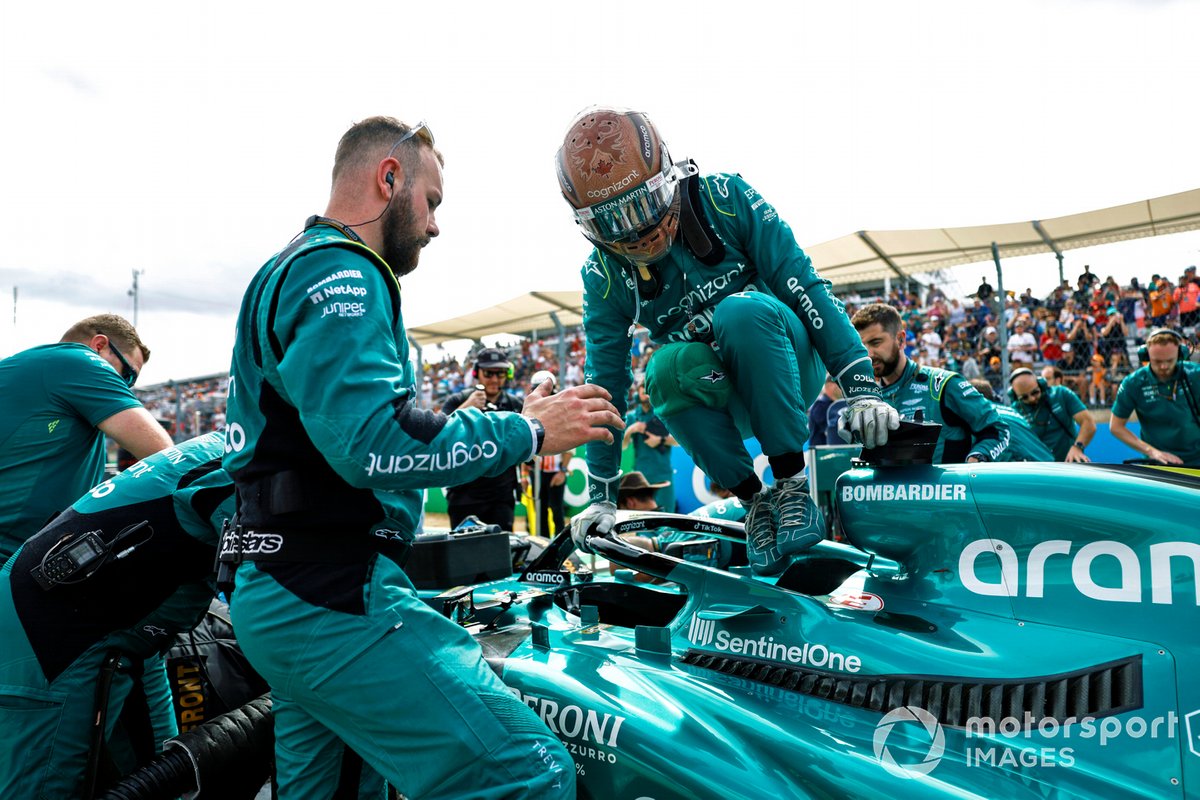 "It was a shame. It was close wheel to wheel racing and unfortunately just made contact."

Next season Alonso is moving from Alpine to Aston Martin to become Stroll's new team-mate, but Stroll said the crash didn't make any difference to their relationship.

"I don't look at it that way. We're racing drivers. It can happen in a race," he said.

Up to that point Aston was poised for its best result of the season as both Stroll and team-mate Sebastian Vettel ran up front in the early stages.

Despite a slow final pitstop Vettel still salvaged eighth at the finish after a daring overtake on Haas' Kevin Magnussen on the last lap of the race, which was won by Red Bull's Max Verstappen.