The Silverstone-based outfit has enjoyed two podium finishes with Sebastian Vettel this year, although the German's runner-up spot in Hungary last week is subject to appeal after his car did not have enough fuel left in it for post-race checks.

But despite some obvious highlights, Aston Martin is well aware that it failed to build on the huge momentum it had at the end of 2020 when it was regularly fighting for podiums and won the Sakhir Grand Prix.

The team has been clear that the change in floor rules for this season hurt its low-rake car concept much more than its rivals running a high-rake concept, and that left it playing catch up for the early phase of the season.

Stroll agrees that it was the new regulations that were the biggest hindrance to its progress, but he thinks gains have been made over the first half of the year.

"I think it's been a challenging season for sure," he said. "It's not what we were aiming for after the end of last year with the regulation changes.

"We've taken a hit in performance, and that's made the beginning of the season a little bit more challenging.

"But there's been some positives. I think we've made steps forward as a team, and we've improved the car since the beginning of the season. There's still a lot of racing left, so I'm looking forward to it and we'll see what happens." 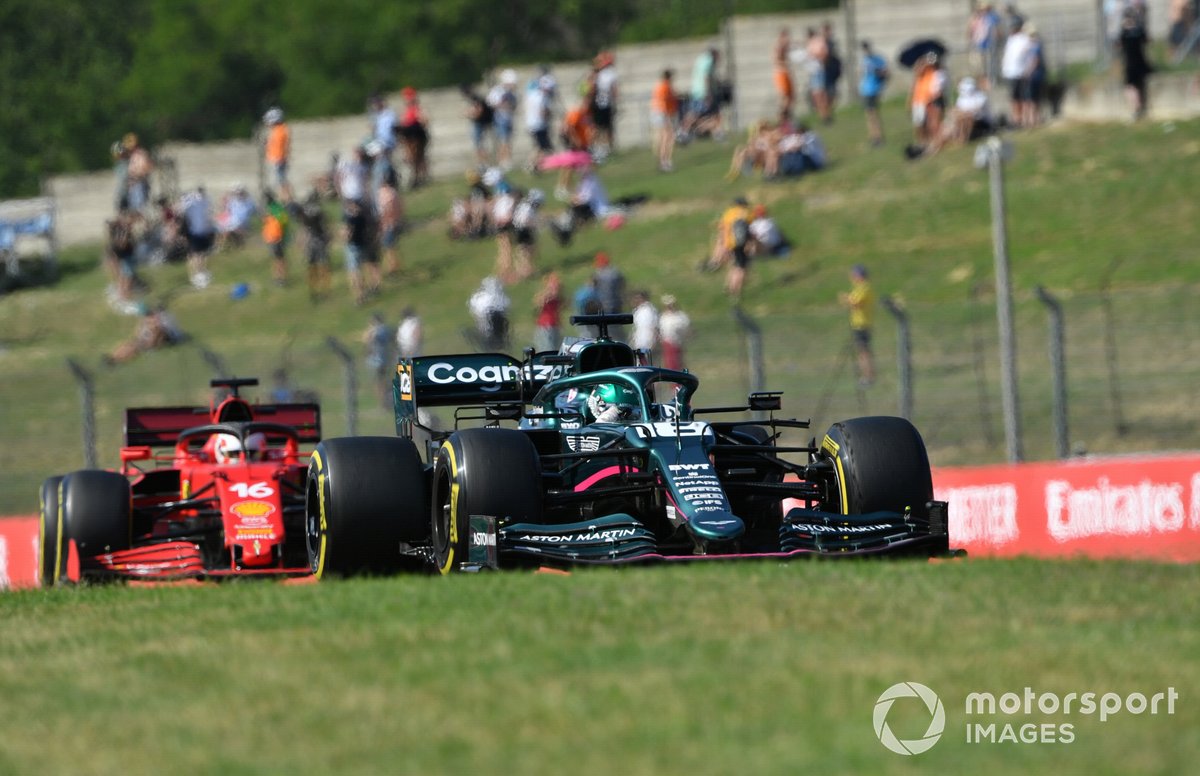 Team principal Otmar Szafnauer thinks the amount of progress that it can make with recovering the losses has been hampered by strict homologation limits for 2021.

"The team have done a wonderful job and they've worked tirelessly to try and get some of that downforce loss back," he said.

"But unfortunately we're a bit restricted with what we can do due to regulations. We can't really raise the rear ride height.

"So knowing that, I think they've done a good job. We've clawed back some of the relative performance that we had, not all of it, but we can't claw all of it back for two reasons: one, we're restricted on how much time we can actually spend on this year's car, because it comes at the expense of next year's car, and two, our hands are tied when it comes to lifting the rear ride height. We can't do that."

But despite those limits, Szafnauer thinks there is scope for Aston Martin to get more out of its car over the remainder of the 2021 season.

"We're going to improve this car little bit by little bit, but more by understanding it as opposed to bringing pretty big upgrades," he added.

"Then the team back at base is focused on '22. I think they've done a wonderful job getting the car to where it is now. I mean almost every part that's been licked by the wind has been changed."