Perez was only 11th quickest at the end of second practice session at the Marina Bay street circuit, two seconds behind pacesetter Nico Rosberg.

But Perez's team-mate Nico Hulkenberg was nine tenths of a second faster in seventh place.

"I had some issues with steering feedback, with the loads I was receiving from the steering wheel and the assistance we are running, especially into the right-hand corners," Perez told Autosport.

"I mainly felt it in P2, and on the ultra-soft especially. It was behaving a bit strange, which hides a bit of the balance I was having, and it's now important to try and figure that out for tomorrow." 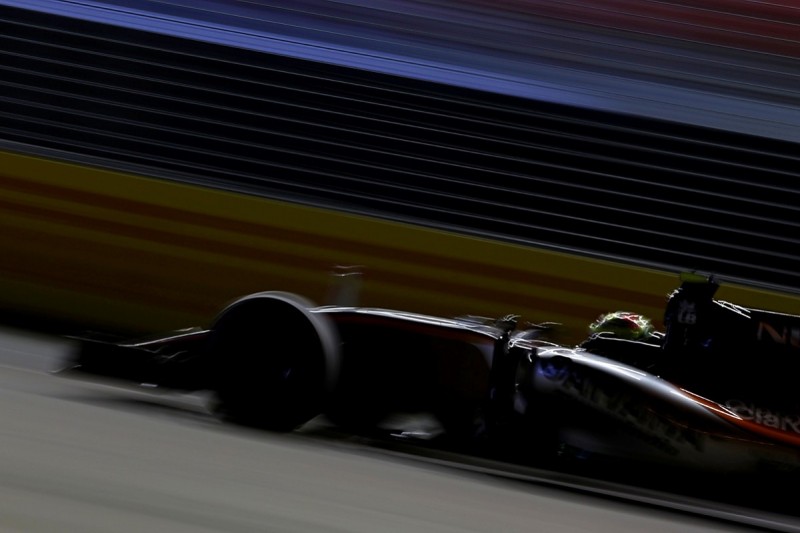 Asked whether it can be fixed overnight, Perez added: "I'm quite concerned about it because we haven't found anything yet in the data, so hopefully later on we can have more of an idea as to what's happening.

"We've been playing a bit with the assistance here and there, so probably there is something in there we are not picking up at the moment.

"To read the balance with this kind of issue is extremely difficult because the car is doing something [different] into the right-hand corners, compared to the left.

"So it is very, very important for us to try to understand what is happening with the car.

"At least Nico was quite competitive, so we can learn something from him."