Just one week on from the drama at Spa in qualifying, where Lewis Hamilton labelled the slow speeds that drivers were having to do to secure a tow as "dangerous", a similar situation is expected at Monza.

With F1's 2019 cars generating more drag than last year, the benefits of a tow at Monza will be big - and could make all the difference to grid positions.

Speaking about the prospects for more trouble, Ferrari's Sebastian Vettel said: "If you look on paper, this is the place where you expect these kind of strange games.

"There's very little you can do to sort of prepare because it depends on the timing of the session.

"Here I think the lap is a bit shorter so maybe it buys you a bit more flexibility, but we'll see on Saturday.

"I don't know if it's going to be dry or wet but obviously in the wet there's no point, not as much as in the dry.

"It does make a difference; how much is difficult to quantify, but certainly last year it made a difference and you need to be on the good side, obviously, and it also depends a bit on tyres, whether it's easy to prepare them or whether it's really critical.

"And then you need to make the trade between tyres being in the right window or being in position for the tow.

"It could be entertaining but you also hope that obviously you get a nice shot, at least one of the two." 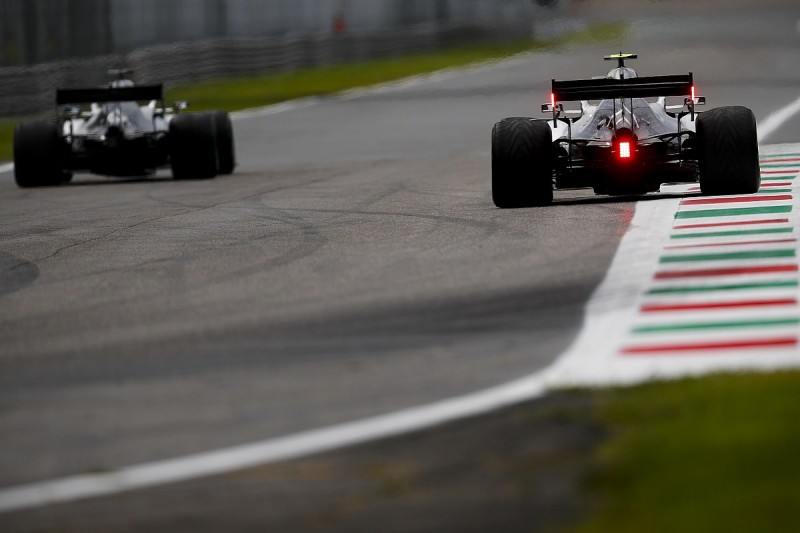 Kevin Magnussen, who last year got involved in a spat with Fernando Alonso after he was overtaken on an out lap, predicted the fight to not be at the front of a train of cars in qualifying would be intense.

"There's going to be a hard fight not to be the first one starting a fast lap," the Haas driver said.

"It's going to be messy in the last corner before the start of a lap, that's for sure. Hopefully I can stay out of that trouble."

Asked by Autosport if there was a chance of team-mates working together to try to offer a tow, Magnussen said: "I think it's very hard to do.

"You're going to sacrifice one car too much if you wanna try and do that I think. I don't think it's something we'll be looking into.

"McLaren seems to be doing it quite often, at least trying it. Don't know if they'll be doing it this time, but I think this time we'll just be sticking to our normal plan. "

Daniil Kvyat reckoned drivers would ultimately have to weigh up whether it was best to run alone and have a clean lap, or try for a slipstream and risk potential trouble.

"You need to look at your own risk and reward, what you want from qualifying," explained the Toro Rosso driver.

"Whether you want to have a clean run or you want to try and get those couple of tenths for a golden lap, let's say."