The track rookie went off on his way back to the pits after conducting a practice start on the grid, badly damaging the front of the car.

The team opted to switch him to the spare chassis for Saturday, so he was obliged to miss the whole of FP2, costing him a valuable opportunity to log more miles.

Schumacher said that a combination of spray from the car ahead, a loss of tyre temperature from the practice start procedure and the mode he was in had all contributed to the crash.

Nevertheless, Steiner made his frustration clear after the German added to his 2022 tally of major accidents.

"There's nothing good in that crash," Steiner told Autosport. "At some stage you're a race car driver, and you know in spray you cannot see, and there was water before.

"I mean I'm not out there, I'm not telling you how difficult it is. This job is not easy, you know. But in the end it was self-inflicted.

"I mean yeah, there was spray, there was water, but we all know that."

Asked if he had given his driver a telling-off, Steiner said: "Sometimes less is more. I didn't speak with him. So less is more."

Schumacher, who is yet to secure a contract for 2023, believes the crash will not affect the American team's decision about his future.

"I would be surprised if such a criterion would affect my chances," he said. "The performance we've shown is there.

"We have been consistently actually in it, and we still have Saturday and Sunday, where we can hopefully keep up well. On Sunday, points are hopefully in it." 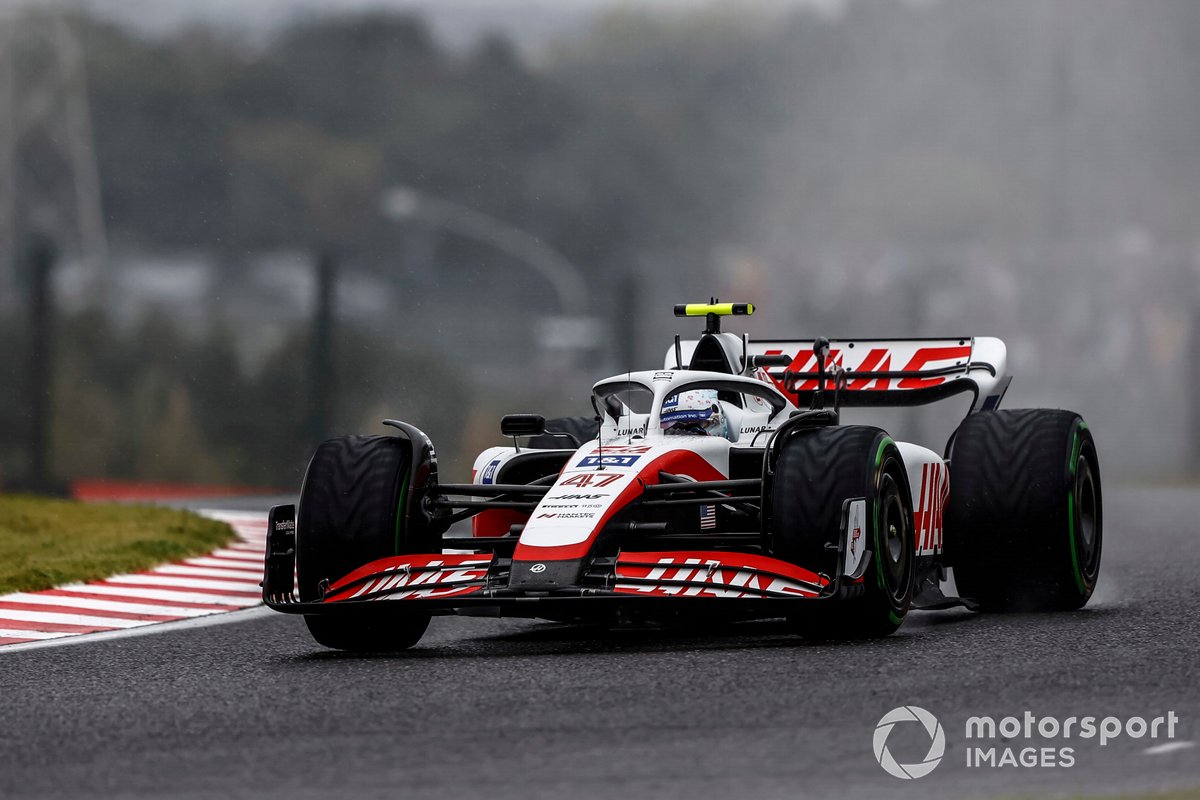 Steiner confirmed that there was no obvious damage to the chassis and that it was changed as a precaution.

"We have to see, maybe we can even check it out here, do all that, but it was easier to make the decision to change it now, then we are done, and then we check it properly.

"We don't think there will be a lot of damage on it, if any, but we weren't sure, so if you don't know, you'd better do your best job to be sure that everything is okay.

"So we decided to change it. We have got one, then we check it calmly, and then we see what we are doing, and where we send it."

On a positive note, the Haas was quick in wet conditions, with Schumacher taking seventh in FP1 and believing that he could have been fourth but for traffic, and Kevin Magnussen earning fifth in FP2.

However, Steiner is keeping his feet on the ground ahead of what is expected to be a dry Saturday.

"I would not jump to any conclusion today, because it's changing conditions. You could be P1 here if you do the right thing at the right time.

"So that's not the objective, and I don't know what the other ones are doing. Obviously, you go out and test and try to do your best, but I don't think it shows in the classification what's gone on."