Just three weeks on from Mazepin's first-lap exit at the Bahrain GP, the young Russian endured a difficult first practice at Imola as he spun on his installation lap and then crashed at the end of FP1.

Having had a run of incidents throughout the F1 season opening weekend, Mazepin’s error-strewn start to his grand prix career has been notable, with Steiner eager for the 22-year-old to turn things around.

“At some stage, they [the spins] need to be reduced, but he's trying very hard for that - and I guess he's trying sometimes a little bit too hard,” explained Steiner.

“He needs to find that limit. But that's for him to find, not us. We can help him in doing that, but it's one of these things that I've said before: learning is painful.

“It comes with pain, but at some stage that will hopefully stop and he will be in a good place.” 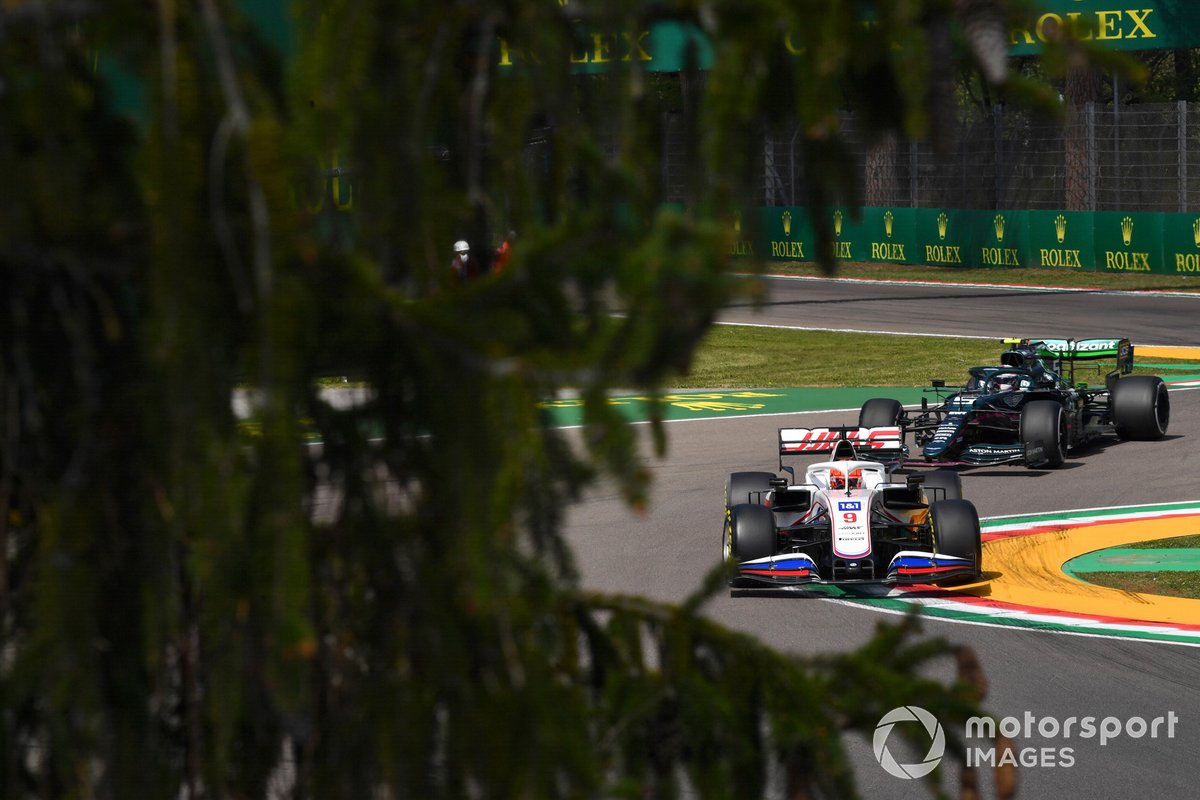 Steiner was confident that Mazepin would get on top of things, and suggested that matters were not being helped by the particularly difficult Haas car.

“In Bahrain, I would say that he had to learn also the wind conditions, and in Bahrain [they] were very rough,” he said. “Our car was already last year very bad in windy conditions, so just to understand that, that caused a few spins, and Mick had one in the race as well.

“Obviously, we're not planning to spin the car, but on the other side it's part of the learning. So I don't want to put a number or time on anything of this. This will sort itself out in my opinion.”

Steiner felt that it was too early to suggest Mazepin was struggling with the step up from F2 machinery, or had got too complacent about F1 after doing extensive private testing in a Mercedes car last year.

“I think we jump to a conclusion too early,” added Steiner. “We are in our second FP1 this season, so to judge somebody on this, it's a little bit early. But for sure in Bahrain he had a few spins.

“Maybe F2 to F1 is still a difficult step, but Bahrain was very difficult conditions as well. And him driving the Mercedes last year? I think he learned something.

“But also he has to learn our car is not as good as a Mercedes. I mean, I'm very open about that one. I'm not trying to hide that. For sure the Mercedes is a little bit less temperamental than our car.