Both Magnussen and Grosjean have come under fire from Steiner for several clashes this season that have contributed to a disappointing campaign for Haas, which has now ended its split car-spec experiment as it bids to get on top of its 2019 car.

Despite Haas's struggles, Magnussen has outscored Grosjean by 18 points to eight and has a contract running through 2020, while Grosjean's contract expires at the end of the year.

The confirmation of Valtteri Bottas remaining at Mercedes in 2020 means Ocon is likely to move to Renault, taking the place of Hulkenberg, or potentially switch to Haas.

Steiner indicated that Magnussen's 2020 contract will be honoured and admitted interest in Hulkenberg and Ocon.

"There's not many drivers [available], we always said that our dream was always to have a driver with experience, so for sure there's interest [in Hulkenberg]," said Steiner, speaking after the confirmation of Bottas's new deal. 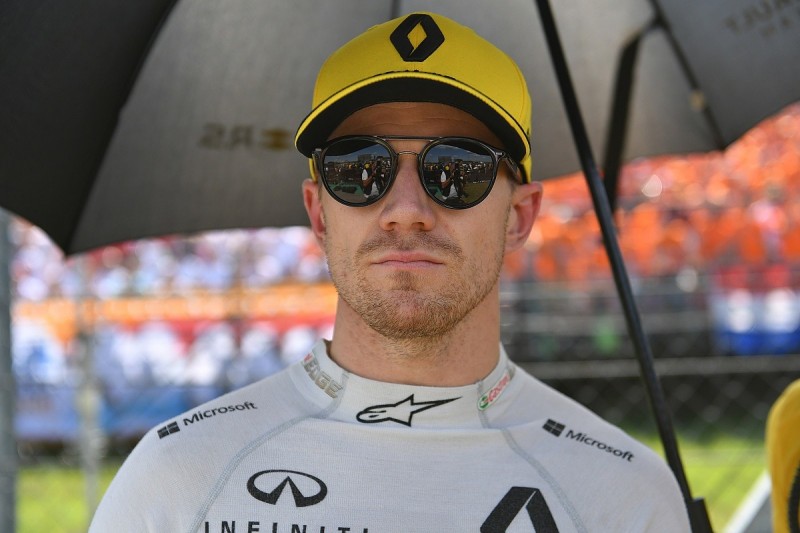 Asked by Autosport to confirm that Ocon, Hulkenberg and Grosjean made up Haas' 2020 shortlist, Steiner reiterated: "They're the three with experience.

"Otherwise, I couldn't see anybody else who has got the experience, which is on the market."

Steiner added "the dominoes are starting to fall" in regards to the remaining free seats on next year's grid.

"We're almost there," he continued. "It's not a long time until we decide what to do [with our driver line-up].

"I will spend some time with Gene [Haas, team owner] this [week] and next week - that was always our time, Spa-Monza - when we spend quite a bit of time together too, and then the team decides what to do."