Gunther Steiner says that the Haas Formula 1 team is “not in a hurry” to decide who will partner Kevin Magnussen in 2023.

Although there has been no confirmation from the team, it is understood that Mick Schumacher will not continue for a third season.

The Ferrari-affiliated Antonio Giovinazzi is to do two FP1 sessions for the team in Monza and Austin and is a favourite the drive.

However, inevitably, Daniel Ricciardo’s name is in the frame after he was dropped by McLaren, and there is also talk of Brazilian funding that could help reserve driver Pietro Fittipaldi’s claim for the drive.

In essence, the driver market is in limbo until everyone sees what plays out between McLaren and Alpine over Oscar Piastri.

Team owner Gene Haas is in Zandvoort this weekend and Steiner admitted that given his presence talks about the future would ramp up.

"Obviously, we will speak about it,” said Steiner. “It's the start, but it's not the end. I mean, it's not that we didn't speak together about drivers, what to do, but we decided that we wait a little bit, we are not in a hurry.

“So obviously, we monitor the situation as well with Mick, and see what is happening. We are not in a hurry. Why do we need to decide now what we are doing?

"If we decide now and make the wrong decision, and we regret it, why would we force ourselves to decide?

“As I always said everything is open. If you start to have a number one target, then it's not open anymore. Then I wouldn't say the truth."

Steiner acknowledged that waiting has its own risks: "Absolutely. But we take that risk, we consciously take risks, maybe the opportunity is bigger than the risk." 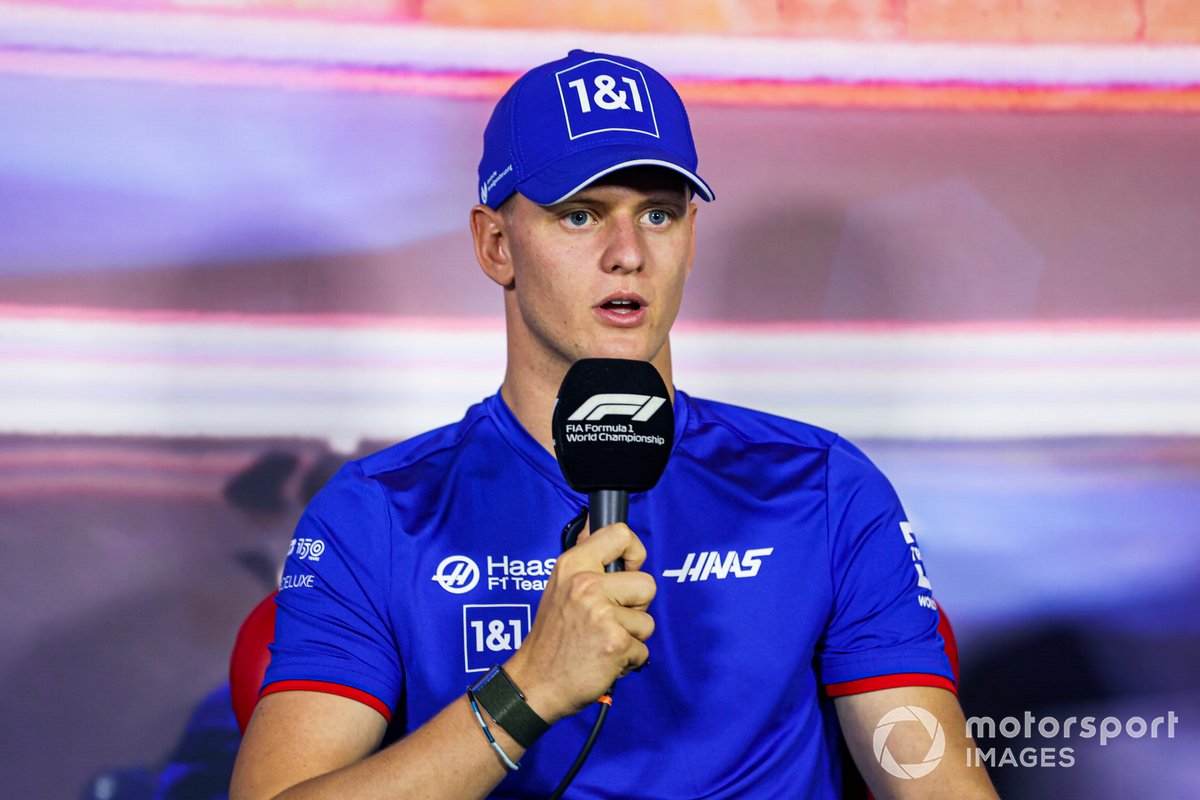 Expanding on the decision process, he said: “I mean, I've got my own thoughts, but I need to still make clear for myself who is the best for the team.

"It's not who I want as a person, it's what is the best for the team for the future, that is the most important thing.

“And that again comes out by dialogue, what we want to do? Risk aversion or safe aversion, whatever. And that can be the deciding factor, not who is the favourite or who I like most.

“I think we're looking to bring the team forward, which is bringing it along. What is best, to have a really fast driver or to have a solid driver who carries everything along? There are so many things in it. But the aim is obviously to take the team forward again.”

Steiner agreed that Haas is a much more attractive proposition for drivers than it was a year ago.

"Absolutely. I mean, for sure the cockpit is more interesting. I mean, I was in 2020, when we let Romain [Grosjean] and Kevin go, I was the first one to tell the guys maybe you don't want to be here, because this will be a disappointing year. So I think now that the car is better, I think it will get better with time as well.

"Obviously, we have a long way to go with the performance as well. But we are in a lot better position than we were last year."

Steiner downplayed Giovinazzi’s FP1 appearances, suggesting that the arrangement was agreed as a favour to Ferrari boss Mattia Binotto, and because feedback from another driver would be useful.

The former Alfa Romeo driver had seven FP1 outings with Haas in 2017.

"That came out from a conversation I had with Mattia,” said Steiner.

“I think it was two weekends before the summer break. It was very late and he said, ‘Hey, what do you think about giving Giovinazzi a chance to go again in an F1 car?’

“First of all we give time away, but then I thought we never had anybody else than Mick and Kevin in our car, it would be nice to have somebody in there, which can give us an opinion how the car is, and also we see what other drivers can do with the car. So it was quite a quick decision.

“So yeah, let's try to do it. Obviously you give up a little bit [of track time] on our current drivers, but maybe we gain more for the team because we get somebody else's opinion who never drove the car before.

“And the whole opportunity came because Mattia asked. I wouldn't have gone in to ask him, but he asked me, and we said it's not a bad thing to do. So we decided to do that."