Haas Formula 1 boss Gunther Steiner says his team has to “swallow the frog” and learn lessons after its disastrous pitstops at the Dutch Grand Prix.

Having started eighth Mick Schumacher had an eight-second first pitstop that put him out of contention for points, while his second stop was also slow.

After miraculously surviving a second-lap hit with the barrier Kevin Magnussen also had a poor pitstop. The two Haas drivers eventually finished 13th and 15th, with Schumacher ahead.

“The front jack just got stuck, didn't go down anymore,” Steiner told Autosport when asked about Schumacher’s initial problem. “I don't know why. Never heard that before. Just didn't come down.

“The second stop, I think it was just a slow stop, nothing else. On Kevin's second stop there was an issue with the gun. The gun broke. So today was pitstop disaster. We just have to swallow the frog.”

Steiner admitted the sequence of events was frustrating, especially as Schumacher had qualified so well.

“I'm upset about that it happened,” he said. “I know these things shouldn't happen and it happened all today. The same with Kevin, he was in 15th and then went off. It all goes to shit pretty quick, you know?

“So that's the disappointing thing, I would say. But in general Mick did a good job [in qualifying], but once you're back this far it's just difficult to recover, because you're in the middle of it, and everything goes downhill from there.

“Actually in the end we did come out better than envisaged, in the end we fought for it. And we got the best out of what was left.” 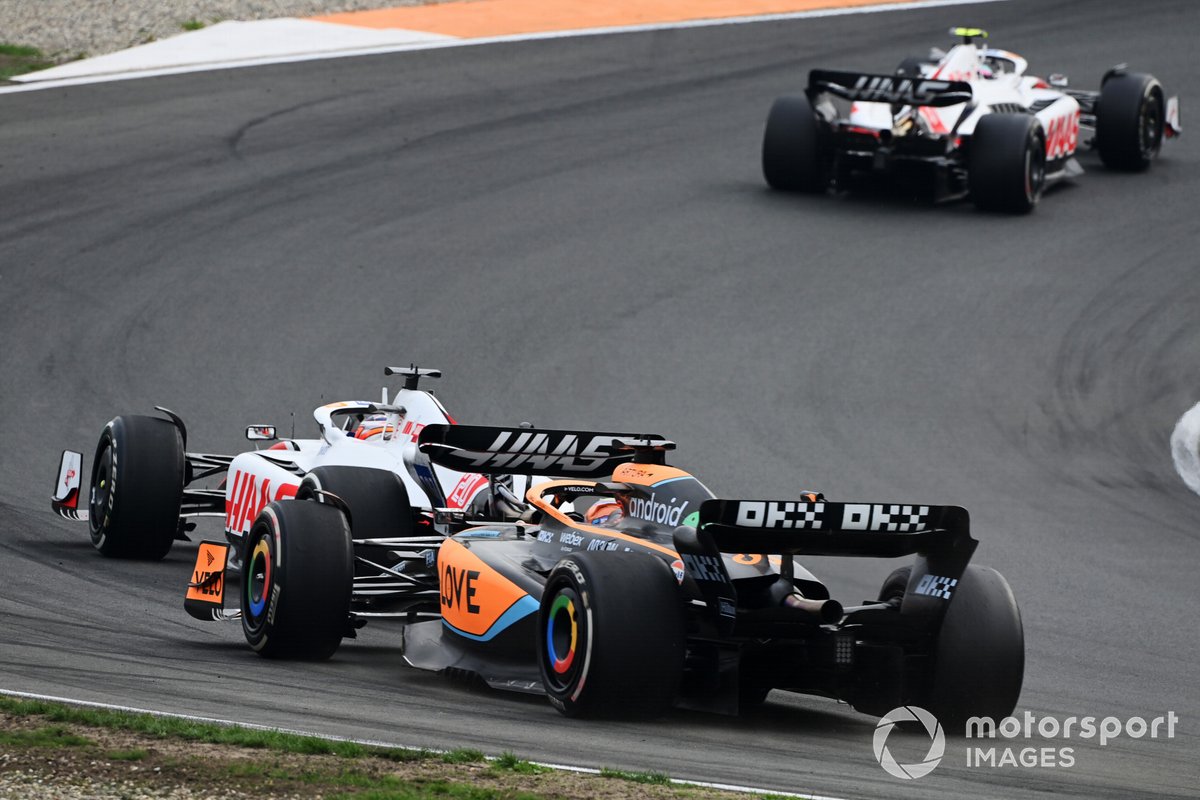 Schumacher didn’t blame the team for what unfolded, despite his obvious desire to take advantage of his good grid position.

“Honestly, these things happen,” said the German when asked by Autosport about the slow first stop. “Unfortunately sometimes the material doesn't perform as we wish, and unfortunately today it probably cost us a few points, which is frustrating because I think we had a decent car, decent enough to be in the top 10.

“Obviously, some cars around us were a bit quicker, were managing the tyres a bit better. But nonetheless, it's good to feel that we had some kind of competition in us, compared to them. But unfortunate that it wasn't in terms of points.

“Again, these things happen, mistakes happen. I mean, unfortunately this time it was nobody's mistake, but it was actually just an issue that we had technically.

“Everything in F1 is very much on the limit and unfortunately sometimes in a pitstop it's where it comes down to.”