The duo clashed several times during the year, the most notable contacts in the Spanish, British and German Grands Prix.

After the Silverstone clash, in which they touched wheels but still went on to finish in the points, Steiner felt dealing with his drivers was an unnecessary "struggle" given the problems Haas was already having with its car.

Asked by Autosport if he thought the relationship between his drivers was untenable, Steiner said: "Absolutely, yeah.

"It was just a struggle, and I'm not really moaning because I am under pressure at all. It's also for the team to motivate the team.

"If I cannot control the drivers, how can that be good for the team?

"I put a lot of pressure under them to work, to do everything good and then they get together at Turn 5 [at Silverstone]. At a certain stage I thought it is not manageable anymore." 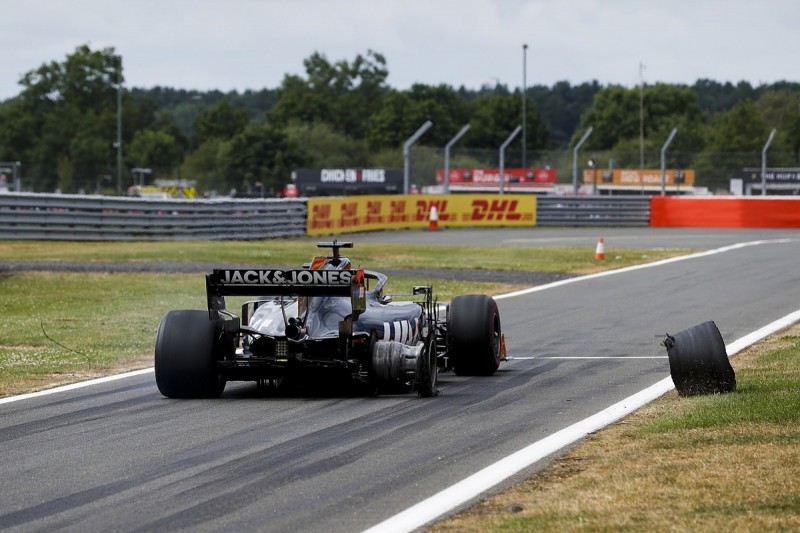 Steiner admits he felt both Magnussen and Grosjean stopped thinking about what was best for the team, and reckons pressure may have been a factor in their clashes.

"They didn't think about the team anymore at a certain point, they just saw the opportunity to do good like in Barcelona and Silverstone.

"They qualified good and had the opportunity to get points and forgot about that points are for the team and not only for them.

"They threw that one overboard, but was it because they were under too much pressure? I'll find out maybe never. It could be as well just the pressure mounted dramatically for the team."

Magnussen, who will partner Grosjean again at Haas in 2020, thinks the situation was blown out of proportion by the media, but insists there were no issues with his teammate.

"It was annoying, because it became such a big subject, especially in the press around the time," the Dane told Autosport.

"And that created like a sense of emergency kind of thing. So, it wasn't really any issue; me and Romain had no issues.

"And we were on the phone to each other the week after Silverstone. There was absolutely no bad thing.

"Just seen it with [Sebastian] Vettel and [Charles] Leclerc [in Brazil] how little it takes. It doesn't even need to be tension for the tyres to explode and then that's what happened with me and Romain.

"Of course the team feels that we let them down. But there really was no intention.

"The good thing about Gunther especially is that what you see is what you get."