Haas Formula 1 team principal Gunther Steiner has explained why his team was able to shine in Spanish Grand Prix qualifying despite not applying any upgrades like most of its midfield rivals.

Kevin Magnussen qualified eighth in Barcelona less than a tenth behind Valtteri Bottas, whose Alfa Romeo team had brought a whole slew of upgrades to the Spanish round.

Team-mate Mick Schumacher also made the Q3 shootout – for the first time in his career – qualifying 10th behind Magnussen and McLaren's Daniel Ricciardo.

Afterwards, Bottas expressed his confusion on how quick Haas was at the Circuit de Barcelona-Catalunya as one of the few teams without updates.

"I think without the upgrades we would have not been seventh today," he said. "The only thing that is confusing is that Haas haven't had any updates, and they're still like... sometimes there, so I don't quite get it!"

When Autosport requested Steiner to help the Finn out by revealing Haas' pace mystery, he explained the decision not to bring upgrades to a well-known track like Barcelona actually helped the team further understand the baseline it has, which will then allow it to add the right upgrades to it in subsequent races.

He suggested that with upgrades his team might have even been slower than without.

"There's many people out there with upgrades and it's almost a critique that we didn't. Can you imagine if we had an upgrade? We would be on pole!" he joked.

"If you come to a race track like Miami, Jeddah, that you don't really know your way around, you don't have that much data, you just try to find something for that race track. While here you can look a bit deeper into the car, and that is what we did.

"If we had put on updates, we wouldn't have understood them and maybe we would have even been slower instead of faster. So we use this to get the best out of this car, so that next race hopefully we can keep that base and then we will bring updates." 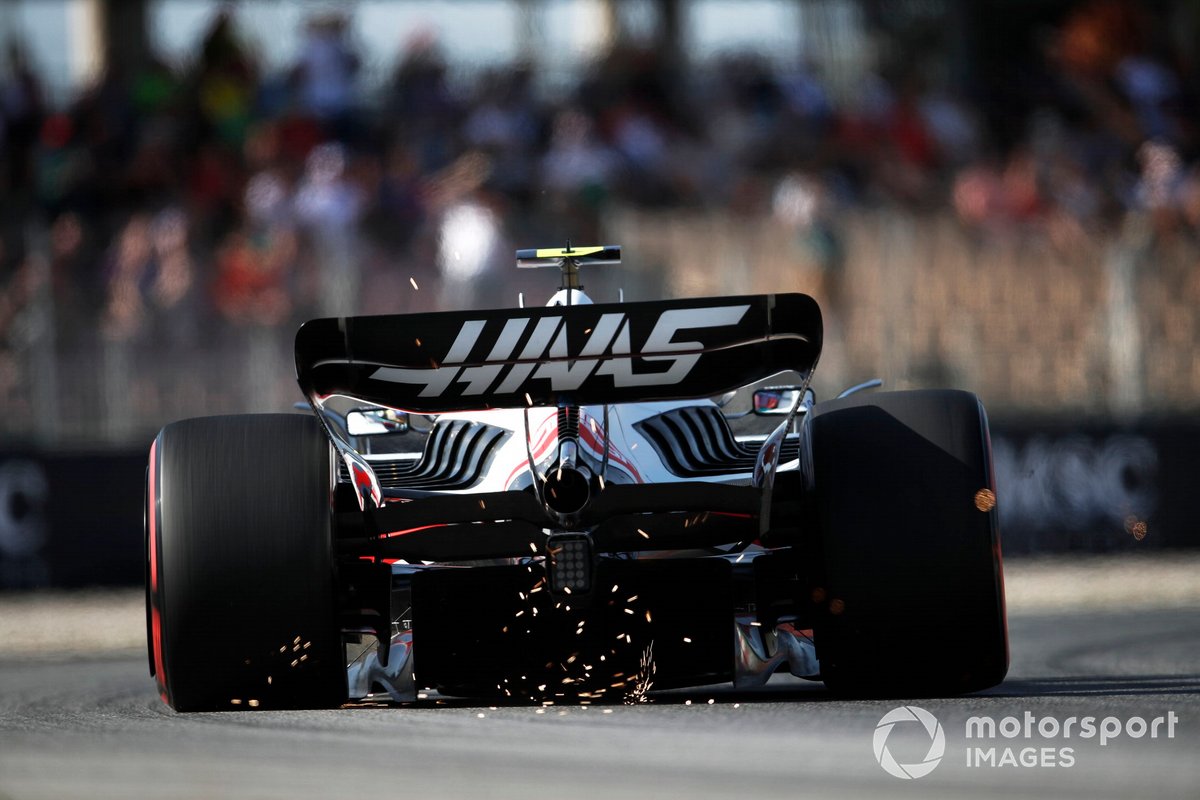 A key factor behind Haas' decision to focus on fine-tuning its existing configuration was the team's lack of consistency in the first five races, ranging from a stunning fifth place for Magnussen in Bahrain's opening round to being nowhere a few weeks later in Australia.

"For me, it was like we haven't understood this car, because if you look close our performance goes too up and down, and the car doesn't go quicker and slower from race track to track to race track. And that's why we just needed to understand the base well and it worked, I think.

"As you say, everybody has made updates and we moved closer to everybody in front, you know, and I think with Bottas if Kevin didn't have the issues with the DRS, he would have been very close, if not in front.

"We knew there was more to come from our car and hopefully we learned enough that the next races we can keep at that level. It will not be always the same, but at least we upped the game for ourselves without upgrades."

After qualifying both Magnussen and Schumacher were summoned by the stewards for driving unnecessarily slowly on the out-laps, exceeding the minimum drive time between the first and second safety car line.

The practice was so common that the FIA chalked up 55 violations by 18 drivers and explicitly reminded teams during the session that backing other drivers up coming out of the pitlane was prohibited.

The Haas drivers were deemed to be the worst offenders and received an official warning, no other drivers were summoned.