Gunther Steiner says "everything is open" for Haas as it looks to fill its second Formula 1 seat in 2023 after the recent twists in the driver market.

With Kevin Magnussen signed up on a multi-year deal, Haas currently has one free seat for next year that is occupied by Mick Schumacher, who is in his second F1 season.

Earlier this week, McLaren announced that Daniel Ricciardo would be leaving the team at the end of the year, making the eight-time grand prix winner an attractive free agent.

But Haas F1 chief Steiner felt it was wrong to make assumptions about who may interest the team for next year.

"We all know who is on the market, and if you are now asking me for the next 15 minutes 'have you spoken to this and this guy?', either I say no or yes," Steiner said.

"I speak with everybody. We see what we're going to do. Everybody assumes Mick is not here anymore next year, also that is not true. Everything is open still.

"We have not made any decisions what we are doing next year with the drivers. Obviously we are speaking, we are talking, we are informing ourselves. That is my duty towards the team and towards the owner of the team."

Steiner said team owner Gene Haas is set to attend the next two races at Zandvoort and Monza, giving them the chance to sit down and discuss possible driver options for 2023.

Steiner said the shortlist for 2023 was in "single digits" and indicated the team would not look for a rookie driver should it opt to replace Schumacher, nor is it dependent on signing a driver with commercial backing. 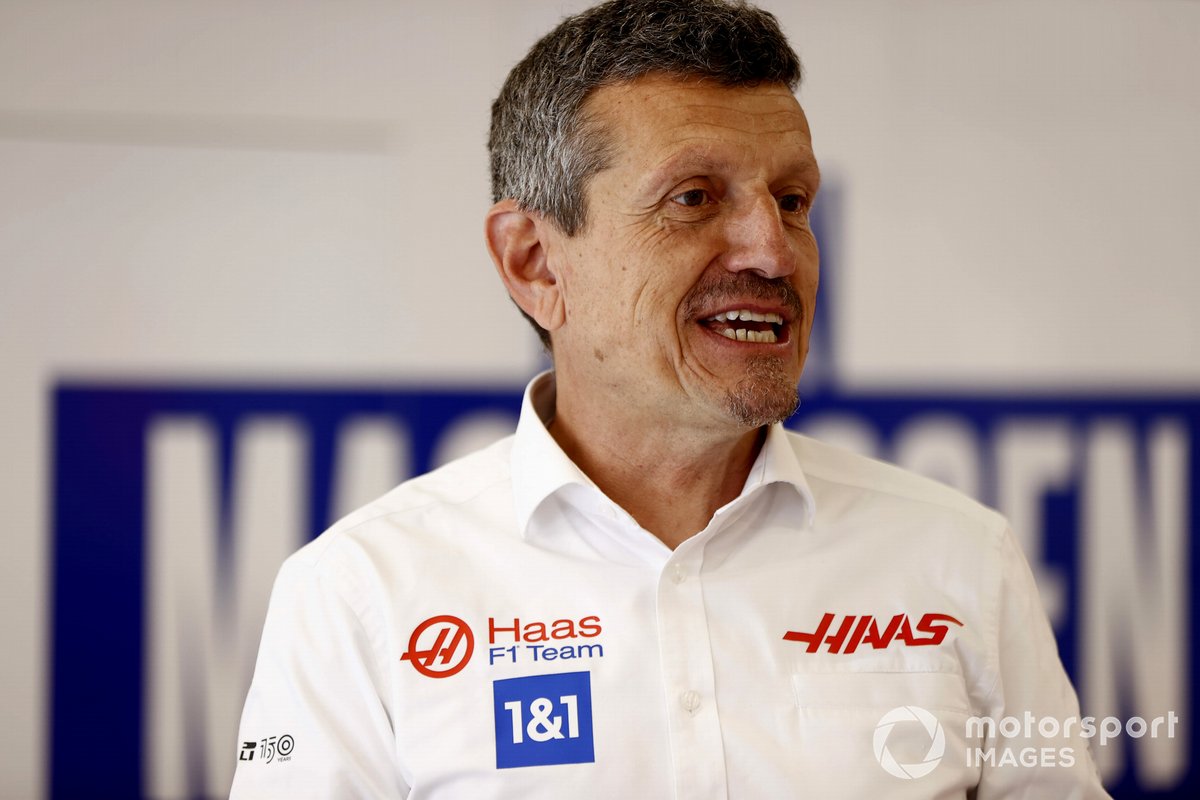 He also confirmed that Haas's technical partner, Ferrari, has no say in who will partner Magnussen.

Ricciardo has few options to remain in F1 next year, and has already said he would prefer to take a sabbatical instead of racing in another championship.

Although Steiner said he had been in touch with Ricciardo via text "a few weeks back" in order to "keep myself informed on what is happening in the industry, like all the other team principals do."

But he said it was wrong to think that Haas would definitely swoop for Ricciardo just because he was available.

"Everyone thinks now Danny [is available] we have to take Daniel - maybe we don't want Daniel?" Steiner said.

"Why do you think he has left McLaren? We need to be careful here. It's not just about what we have done, it's what we can do."

Ex-Alfa Romeo F1 driver Antonio Giovinazzi is set to feature in two practice sessions for Haas between now and the end of the season.

Steiner said the deal to run Giovinazzi was agreed with Ferrari, and that the Italian was "on the list because he has a superlicence" amid its 2023 considerations.

Schumacher scored his breakthrough F1 points earlier this year at Silverstone by finishing eighth, and followed the result up with a run to sixth in Austria one week later.

Steiner felt Schumacher "did very well in the last quarter before the summer break" and that he did not need to be told what was required to keep his seat for a third season.

"Give us a good performance, and we'll be fine, there's nothing new to say," Steiner said.

"He knows it. I don't need to tell him. He's a race car driver, he knows what he needs to do and what everybody in a race team needs to do, performing and doing your job."

Bottas: No reason Sauber can't win if it gains investment