Toto Wolff believes the Formula 1 field will become “totally disjointed” in 2022 when the technical regulations change and that the grid will lose its current performance convergence.

Following a majority freeze in the technical regulations for 2021 as a result of the COVID-19 pandemic, the performance gap between the leading teams and the rest of the grid has dropped this year.

Less than half a second covered the top eight drivers in qualifying for last weekend’s Emilia Romagna Grand Prix at Imola, including drivers from Mercedes, Red Bull, AlphaTauri, Ferrari and McLaren.

At the same race six months earlier, only Lewis Hamilton qualified within half a second of team-mate Valtteri Bottas’ pole position time, with the top eight being covered by more than one second.

F1 is set to overhaul the technical regulations in 2022 after delaying the introduction of the new rules by one year, but many fear the current competitiveness of the field will be lost.

Mercedes team boss Wolff said it was “quite logical” to expect convergence when the rules were stabilised, cutting the advantage at the front of the pack.

But he was confident that the larger gaps would return next year when the regulations are changed.

“If you keep the rules, the field converges,” Wolff said. “For those in front, the gains get smaller and smaller, even with more effort.

“And at some point, the teams that are behind will also continue this steep form curve, and then there's the convergence. 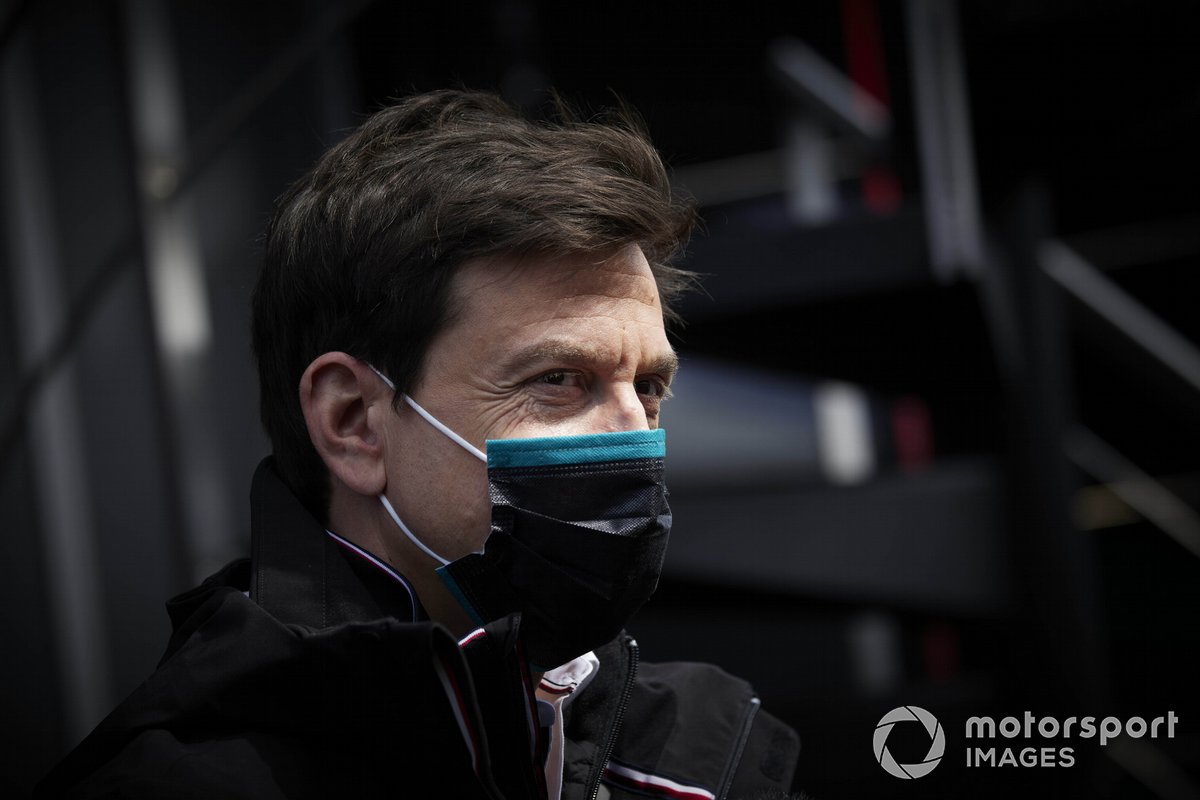 “If you look at qualifying today, it's tip-top - the way I felt that was the direction we should go.

“I promise you that next year, we’ll have another situation where we'll have a totally disjointed field. Maybe not with Mercedes in front, but certainly back to square one.”

Mercedes is currently engaged in a close battle with Red Bull at the front of the field, the teams having scored one win apiece in the opening two races.

Wolff said that Mercedes still trailed Red Bull for outright pace at Imola, despite Hamilton beating Sergio Perez to pole, leaving the defending champion team with work to do to catch up.

PLUS: What Mercedes must do to keep its F1 title challenge on track

“We are behind Red Bull at the moment, in all areas of the car,” Wolff said.

“We have to catch up first. I think the racing gods were kind to us in Bahrain, that we got the most out of the car [to win the race]. That was good in the race.

“If everything runs cleanly and everyone stays faultless [in qualifying], we are two-tenths behind Max [Verstappen] on the grid, and not in front.

“But in sport, everything always turns out differently, and Lewis really conjured up a super lap. That's why he was in front.

“We're stretching with everything we've got against what we think is a better Red Bull package.”