For cost reasons, teams agreed to have just a single three-day session in Bahrain in 2021, shared between their two drivers.

That put extra pressure on any teams that suffered mechanical problems at the test and lost track running, and it also made life difficult for drivers settling into new teams, including McLaren’s Daniel Ricciardo.

Ricciardo was asked to move aside for team-mate Lando Norris in last weekend's Emilia Romagna Grand Prix and went on to finish sixth as Norris scored his second F1 podium, the Australian admitting that he had "not underestimated" the difficulties in adjusting.

Seidl says that with F1's radical regulation shift set to come into play next year, after the 2020 chassis were carried over to this year to assist teams' finances amid the pandemic, he's hopeful of reaching an agreement to increase the number of test days.

PLUS: How “overwhelming” McLaren move has given Ricciardo a new verve

“I think there's no point complaining about the one and a half days of testing [per driver in 2020], because that was an agreement between all teams in order to only have one test this year to save costs," he said.

"So [there's] no point going into that too much.

“We all hope that for next year we go back to more testing days again, especially knowing that we have completely new cars.” 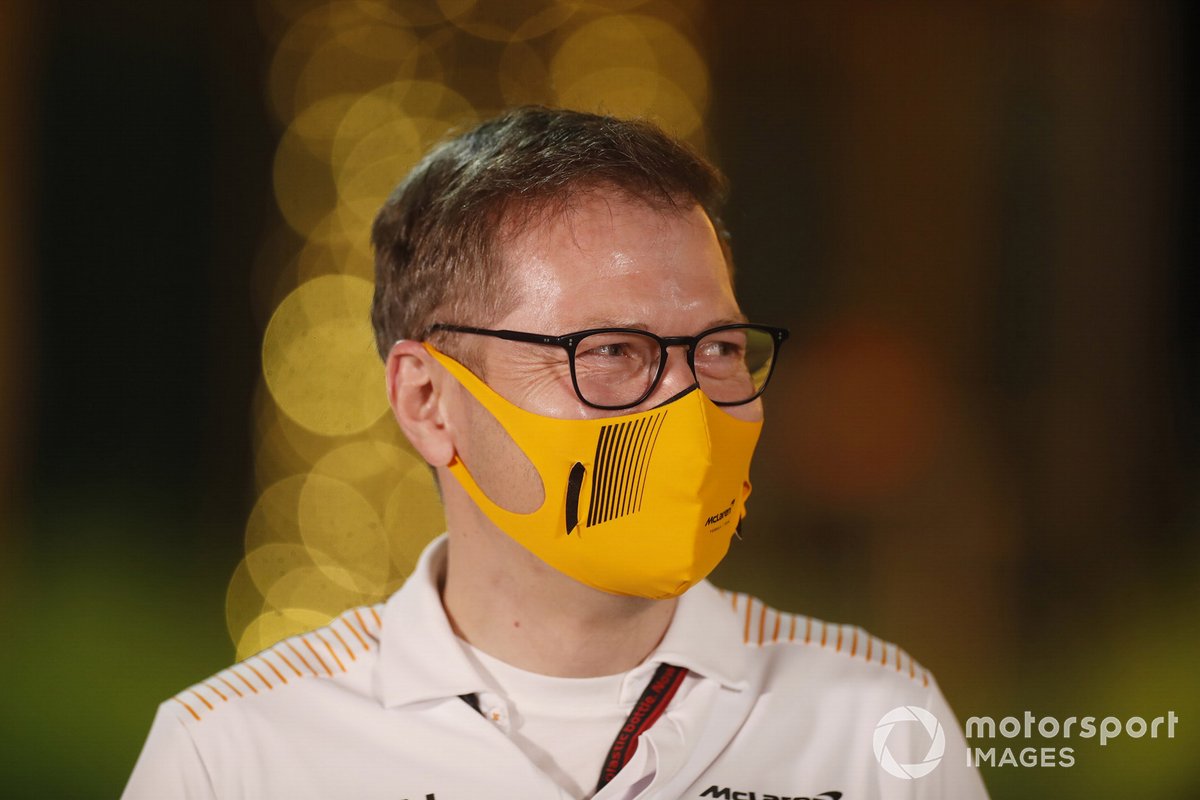 Seidl also hopes that the two tests are held with an interval that will allow teams to analyse what they learn from the first outing, in effect mirroring what McLaren tried to achieve this year with its filming day running.

The Woking outfit, which had the added challenge of switching from Renault to Mercedes power this year, made a special effort to complete its new car early.

It was able to squeeze in two Silverstone filming days in order to help Ricciardo settle in and for the team to learn about its new power unit with enough time to react before the Bahrain test.