F1 drivers have already experienced difficulty getting the more durable rubber up to temperature this season, and even the ultra-soft was able to last a normal race stint in Russia last weekend.

With Pirelli taking its hardest compounds to the next race at Barcelona, Ricciardo is worried about the impact the "way too hard" compound could have.

"We're going for the harder tyres for the first time this year in Barcelona," said the Red Bull driver.

"I'm not sure if it'll help us or not but I just don't think it's going to be good for anyone.

"The tyres are already hard enough so the harder compounds are just way too hard.

"Hopefully for Barcelona's sake it's hot and therefore these harder tyres work, but if it's cold then it's going to be a struggle for everyone." 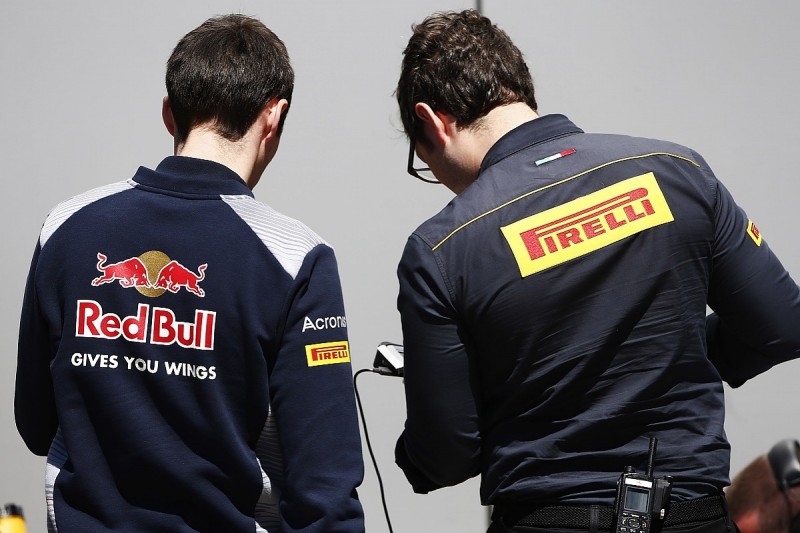 Pirelli is bringing the soft, the medium and the hard to the Spanish GP, which is the last of the events where F1's tyre supplier has mandated the quantity of each compound available.

F1 drivers must use either a set of mediums or a set of hards for the race.

The Barcelona event also marks the debut of Red Bull's major car upgrade, which it hopes will be enough to lift it closer to Ferrari and Mercedes.

Max Verstappen, who won in Spain last year, says his expectations are more for a reduced gap rather than Red Bull jumping into victory contention.

"We have to wait and see what the updates will bring," said the Dutchman.

"I hope we can be a bit closer to the top teams or that we can at least follow them.

"That would already be a good step forward."