Formula 1 qualifying for the Belgian Grand Prix is currently under a red flag after Lando Norris crashed heavily at Eau Rouge in wet conditions, but walked away unassisted.

Rain had been falling at various periods throughout qualifying at Spa, with wet and intermediate tyres being used throughout Q1 and Q2.

A downpour began in the break just before Q3 started, prompting McLaren driver Norris to switch to wet tyres as he lined up at the end of the pitlane.

Norris reported on his out-lap that he was aquaplaning at points due to the wet weather, while Aston Martin driver Sebastian Vettel called for the session to be red flagged.

On his first flying lap, Norris lost control of his car at Eau Rouge and spun into the barrier at high speed, causing three of his four wheels to be damaged in the process.

The session was swiftly red flagged, and Norris was able to get out of his car unassisted after it came to rest, reporting over the radio that he was OK.

Norris apologised to the McLaren team after he had led both Q1 and Q2, saying on the radio: “Sorry boys. We should have had a good one there. I let you down, my bad.”

Aston Martin driver Vettel pulled his car alongside Norris at Eau Rouge to check that he was OK, raising his thumb from the cockpit. 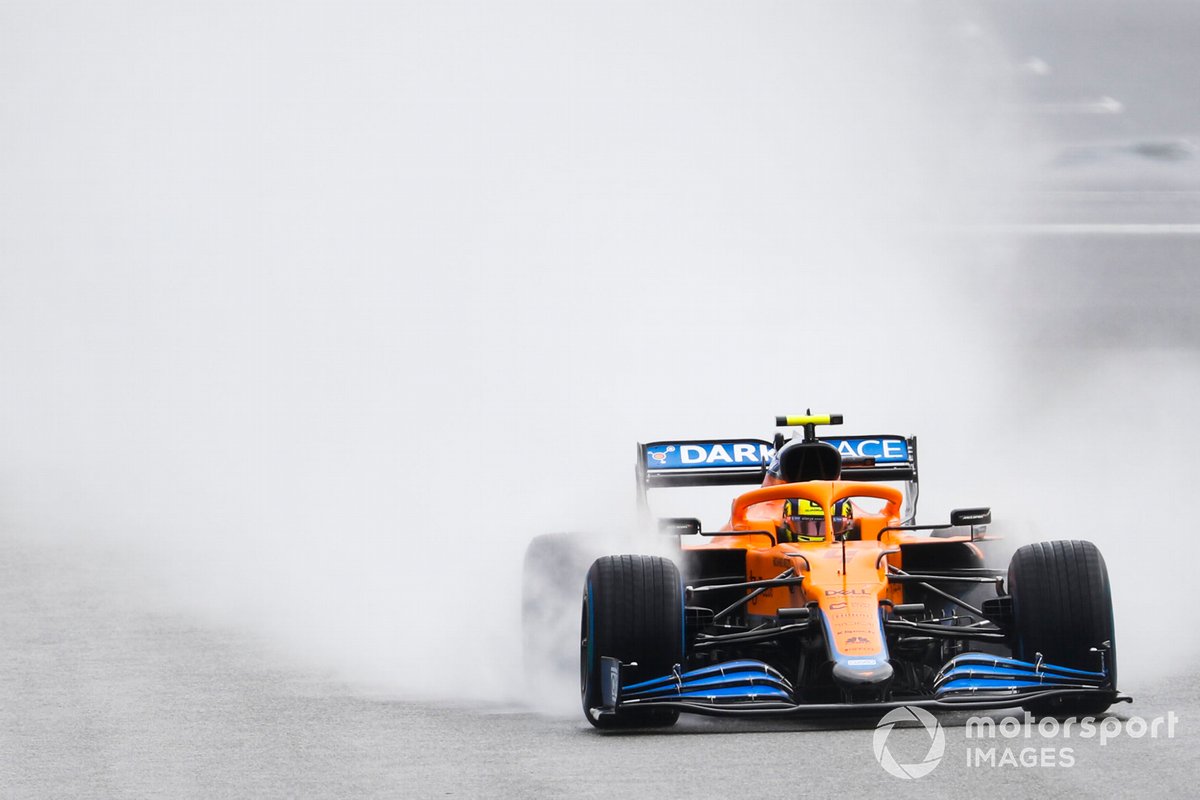 But the four-time world champion was left fuming on the radio over the decision to continue with qualifying before the crash.

The drivers returned to the pitlane after the crash while marshals tended to the barrier and cleared the debris that had been left across the circuit.

It marked the second major crash of the Belgian Grand Prix weekend at Eau Rouge after a six-car shunt caused qualifying in W Series to be red flagged on Friday. The accident resulted in drivers Beitske Visser and Ayla Agren being hospitalised, but both have since been discharged.

The incident led to further debate about the safety of the Eau Rouge/Raidillon complex, which is set to undergo improvements in time for next year’s race as part of Spa’s ongoing development programme.