While praising Lewis Hamilton's "epic" pole position lap Wolff was keen to point out that the race team and engine divisions had made progress in recent weeks.

"I must really, really take my hat off to the work that was done in the UK, in Brackley and in Brixworth to prepare the car and the engine for this race," said Wolff.

"It was our weakest race track together with Monaco, we were really not competitive in the past.

"We found the right clues. The difficult days in Spa have given us direction and at least for a qualifying lap this team has made a major step forward today, over this weekend generally.

"Again it was the tough experiences from the past that showed us the way.

"From Lewis's side, it was star dust. The most epic lap I've ever seen from him. 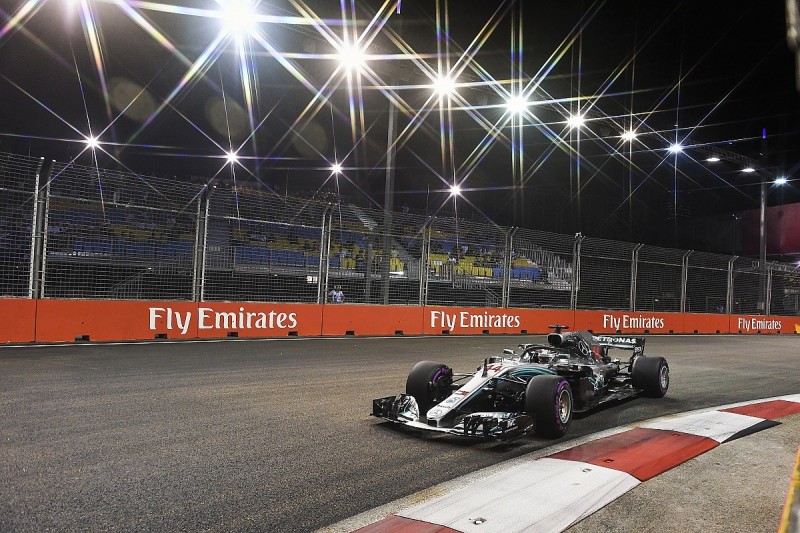 "I never go on the radio but it was the first time I went on the radio today because I didn't see anything like this before.

"We knew what kind of split times that car was able to do and sector one and sector two when the purple [fastest] times kept popping up it was surreal. That was his driving."

Mercedes cut it fine when it used only ultrasoft tyres in Q1 in an attempt to save hypersofts. Hamilton made it through, although he tumbled down to 14th by the end of the session, leading to some heated comments on the radio.

"We were all quite stressed out," said Wolff. "We couldn't find enough pace between the ultra and others running on hyper.

"Nobody else was running on hyper so that surprised us too.

"In hindsight it was the best possible outcome, because we were the only team running four [sets of] hypers. So maybe that made a difference also.

"My friend [Fred] Vasseur sent me a text message that said, 'You know what the difference is between an idiot and a genius? Two tenths.' I think that summarises pretty well."

Wolff admitted the team considered trying to get from Q2 to Q3 with ultrasofts, but abandoned the plan, which Ferrari then failed to make work.

"We were thinking of splitting the strategy between the two cars and running one on ultras and the other one on hypers, but it was immediately clear that none of the frontrunning teams had the pace to go through," he said.

"I think [Ferrari] didn't have four hypers left. I think they had only three hypers left so they needed to use another ultra.

"What we did helped, because we had four hypers for Q2 and Q3. It was better to get used to it."