The promoter of the Russian Grand Prix claims the race could still go ahead in September despite Formula 1 announcing it has been called off.

Following Russia's invasion of Ukraine on Thursday, F1 issued a statement on Friday confirming the Sochi race would not be taking place, saying it would be "impossible" for the event to go ahead.

The move was backed by a number of F1 drivers who spoke in Friday's press conference, while four-time world champion Sebastian Vettel said on Thursday he would boycott the race if it did go ahead.

The promoter of the Russian Grand Prix, Rosgonki, reacted to the announcement by confirming the contract to hold the race had been suspended.

However, it instructed fans not to seek refunds for tickets as "it is still possible that the round will take place and will be held as previously scheduled" despite F1 saying the race will not go ahead.

"According to the official statement released by Formula 1 on 25/02/2022, due to the current political situation in the world, the FIA has decided to suspend preparations for the Formula 1 World Championship round in Russia previously scheduled to be held in Sochi in September 2022 because it is impossible to hold it in the current circumstances," the statement reads.

"The agreement between the official Russian Grand Prix promoter ANO 'ROSGONKI' and Formula 1 is suspended due to force majeure events.

"The purchased tickets are not cancelled – there is no need to get refunds for them now because it is still possible that the round will take place and will be held as previously scheduled. 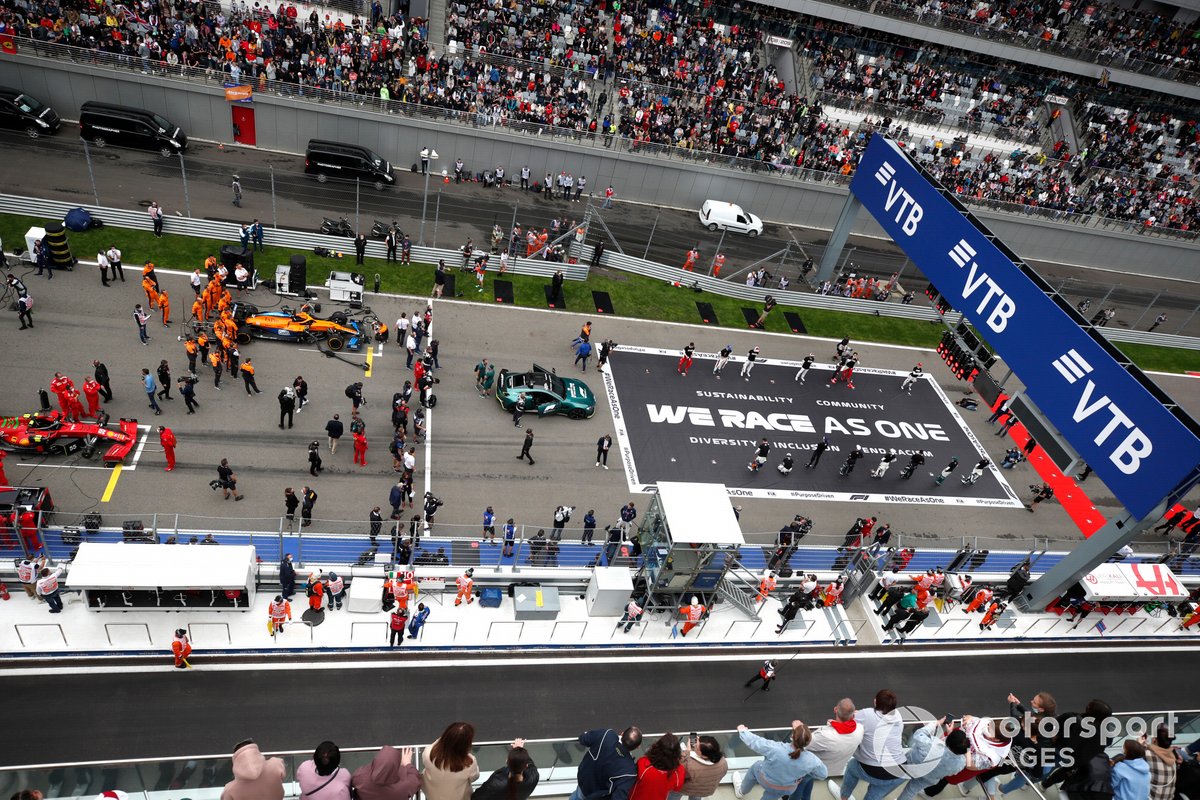 "ANO 'ROSGONKI' continues its business as usual providing services to the Sochi Autodrom guests, as well as organising and holding motorsport and other events of the federal, regional and municipal level as part of the event calendar approved."

This year's Russian Grand Prix was due to be the last to take place at the Sochi Autodrom ahead of the race moving to St Petersburg in 2023.

Russian president Vladimir Putin attended a number of the early races in Sochi, taking part in the podium ceremony and trophy presentation.

Earlier on Friday, UEFA announced the Champions League final would not be held in St Petersburg at the end of May as planned, shifting the match to Paris.

Suggestions have been made that F1 could instead race in Turkey this year, given its proximity in the region, but it is understood that this is not currently an option.