Sir Stirling Moss, who died in the early hours of 12 April aged 90, was more than just the greatest racing driver never to win the Formula 1 world championship

'Mr Motor Racing', as he became known, was the benchmark driver in F1, sportcars and just about anything else he turned his hand to following the retirement of his great friend Juan Manuel Fangio in 1958.

Even before that, it was clear that Moss was the driver that would soon take the legendary Argentinian's place at the pinnacle of motorsport.

After competing in trials and sprints, Moss cut his teeth in 500cc competition, having bought a Cooper-JAP in 1948.

He quickly made his mark in the motorcycle-engined machines, but that was not enough to persuade Jaguar to offer him a place in its team for the fearsome Dundrod Tourist Trophy in 1950. 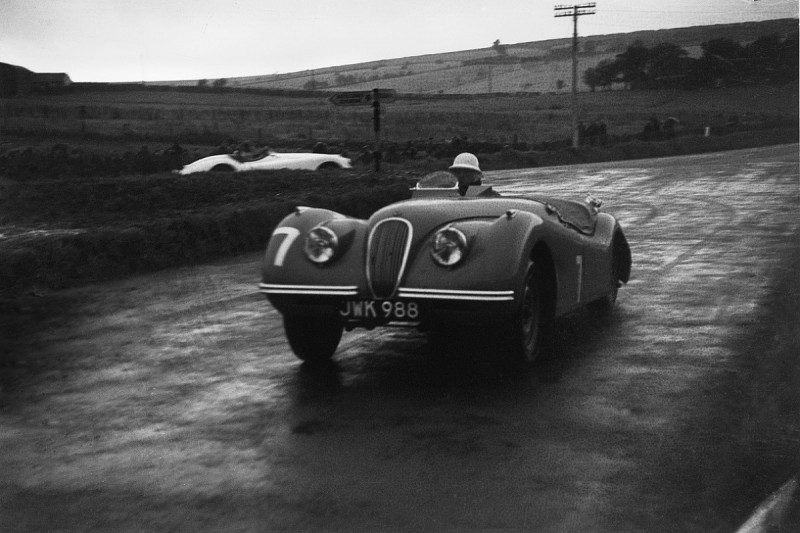 Despite never winning the Le Mans 24 Hours, Moss became the established top sportscar driver of the 1950s. His wins in the 1955 Mille Miglia (for Mercedes), 1958 and 1959 Nurburgring 1000km and the 1959 Tourist Trophy (all for Aston Martin) remain among the greatest performances in endurance competition.

But Moss had to wait longer for success in single-seaters.

Spurned by Ferrari, he spent several seasons in uncompetitive British machinery. But impressive 1954 showings in a Maserati 250F - purchased by father Alfred and manager Ken Gregory - were enough to persuade Mercedes boss Alfred Neubauer to sign him for 1955.

Moss played understudy to team-mate Fangio in F1, but was generally the faster in sportscars. He took his first world championship F1 win at the 1955 British Grand Prix at Aintree, leading a Mercedes 1-2-3-4.

Moss was the runner-up in the world championship that year, a position he would take again in 1956 (with Maserati), 1957 and 1958 (both with Vanwall).

It was his 1958 defeat to Ferrari's Mike Hawthorn, despite Moss winning four races to Hawthorn's one, that changed his views on the championship. It simply became less important to him.

Thereafter, he was happy to play the role of underdog, racing Coopers and then Lotuses run by privateer Rob Walker.

It was in Walker's Lotus 18 that Moss scored the most famous of his victories - defeating the more powerful Ferrari 'Sharknose' 156s in the 1961 Monaco GP in a relentless drive.

Moss was also a trailblazer - scoring the first world championship F1 success for a rear-engined car (Cooper, at the 1958 Argentinian GP) and the only F1 win for a four-wheel-drive car (the Ferguson, at Oulton Park in 1961). He proved adept at rallying too, where his sister Pat was also a master. 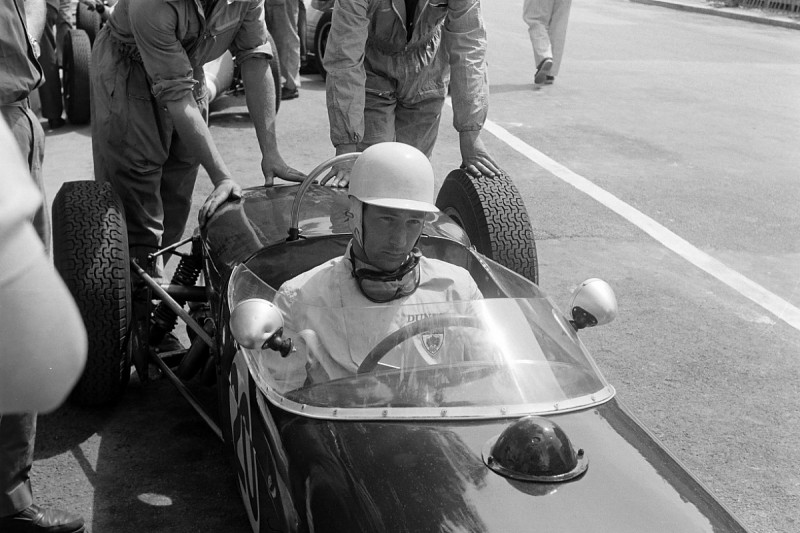 Having been the undisputed world's best for four seasons, Moss had identified the growing threat of Jim Clark towards the end of 1961 and decided he needed equipment parity. There was a deal on the table for Walker's squad to run a Ferrari in F1, but then Moss suffered a still-unexplained crash at Goodwood on Easter Monday in 1962.

The accident left Moss in a coma and, after many months in recovery, he returned to find his great powers had been affected and decided to retire.

He nevertheless remained an integral part of motorsport, appearing in all sorts of roles, including commentary.

There was even a brief return for Audi in the 1980 British Touring Car Championship, but most of all by then he was in the business of being Stirling Moss - happy to talk about his career, share his enthusiasm for motorsport and learn about the current scene.

He once phoned the Autosport office to find out how he could watch the Daytona 500.

He also competed in historic events and, even after hanging up his helmet for good at Le Mans in 2011, was a regular attendee at meetings such as the Goodwood Revival.

A tough character, he survived falling down a lift shaft at home in 2010, he retired from public life following an illness in 2016-17.

That Moss was never an F1 world champion remains an indictment of the championship and the points systems in place at the time rather than any failure of Stirling's.

To many people, he was motor racing, perhaps its first big star, and almost certainly the greatest ever all-rounder.

Autosport sends its condolences to Lady Moss, a strong supporter for so many years, and to Stirling's friends, family and many, many fans.

The secret Tyrrell that started an F1 dynasty