Singapore’s Formula 1 track layout is being changed temporarily for 2023 to help accommodate the construction of a new events venue.

Work on redevelopment of The Float area at Marina Bay into a new entertainments and stage area means the previous section of the circuit from Turns 16 to 19 cannot be used next year.

This is the section of the circuit that is most famously known as the scene of Nelson Piquet Jr,’s deliberate crash in 2008 that helped teammate Fernando Alonso win that’s year grand prix.

Work on what is to become ‘NS Square’ will begin in March next year and it means for next year’s Singapore GP, the track will miss the entire section in front of the famous grandstand.

Instead, the circuit will now feature a flat-out section from the right hander at Turn 14, which will incorporate a new 379.3 metre long straight from Turn 15 to the new tight Turn 16.

Early simulations of the changes to the track estimate that the lap time will drop dramatically down to 1m27.7 seconds.

At this year’s Singapore GP, Charles Leclerc took pole position with a lap time of 1m49.412s.

The conditions in qualifying were not ideal though, with the track having started out damp, and practice times in the dry had been more than five seconds per lap quicker.

As the result of the revisions, which will reduce the track length to 4.928 kilometres, the number of laps for the race will be increased to 63 from its current 61.

While the changes have been sorted with local architects and approved in principle by F1, they are still subject to formal approval from the FIA’s world motor sport council.

It is anticipated that the track will revert to its traditional layout for 2024 once the new NS Square area is complete. 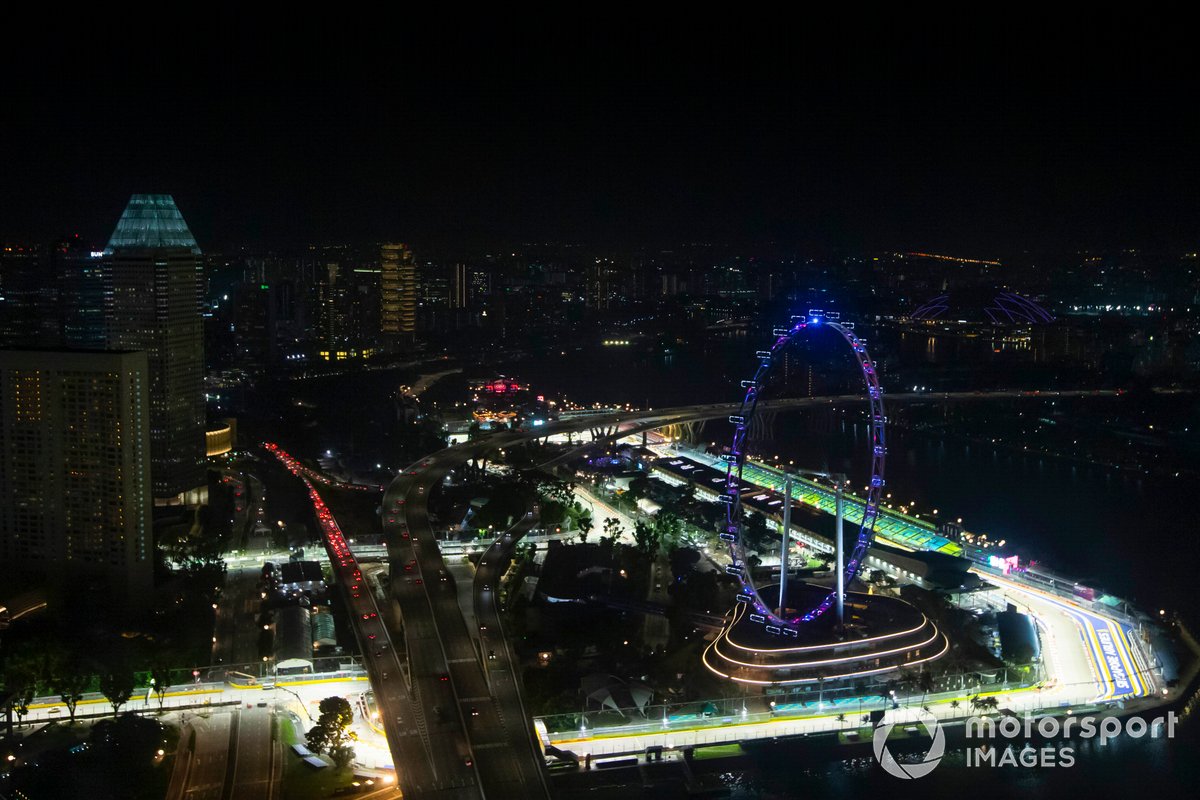 Aerial views of the track

Alpine is "significantly up" with its 2023 F1 car development