After activating a break clause in the contract with Bernie Ecclestone in 2017 due to the 5% escalator fee, a new five-year deal for Silverstone was signed with Liberty Media in 2019.

Now operating with a “much more collaborative” relationship with F1’s owners, the circuit’s managing director Stuart Pringle is now “prepared to join hands and walk down the aisle for a long time” and follow the likes of Albert Park, which recently inked a 10-year contract.

To bolster Silverstone’s offering alongside the blockbuster Miami GP and maiden Las Vegas race, which will arrive in 2023, the Northamptonshire track is plotting a two-pronged case.

This involves making the British GP more of a “festival” while improving its eco credentials.

Pringle explained to Autosport: “To recognise that in Miami and with Las Vegas coming online, there is an expectation to a level of entertainment that is something that has not previously been seen at Silverstone.

“It is becoming a different sport. There's a whole new load of people coming into it.

“The challenge I set our team here at Silverstone is how do we keep pace with that? How do we that in our own distinct style?

"How do we do that in our own way without being becoming some homogenised American-based product, but we keep the unique identity of the British Grand Prix?

“The answer is we make it more of a British summer festival.

“You're going to see a big upscale in the quality of the music acts over the next few years.” 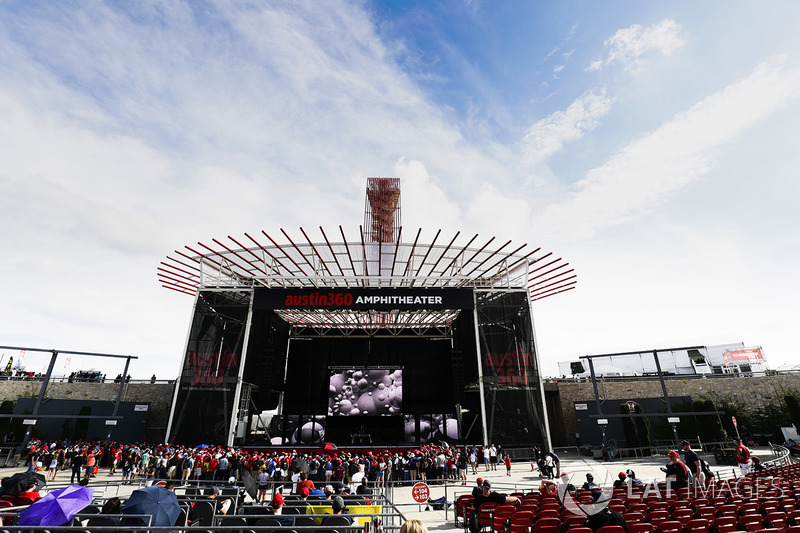 As part of the initial lift, Sam Ryder - who finished runner-up to Ukraine in this year’s Eurovision Song Contest - will perform the national anthem ahead of the 2022 British GP.

A pseudo-music festival will help keep fans on site to reduce travel, which will help achieve Silverstone’s goals pertaining to sustainability.

Pringle continued: “We're also going to address F1's other really significant concern, which is about the sustainability of the championship.

Seven of the 10 F1 teams being based in the UK plus F1’s operations at Biggin Hill will cut down on travel emissions.

Further, a 238-bus strong park-and-ride service plus hired trains boost public transport for the estimated 400,000 fans who attend over a weekend.

Silverstone’s owner, the British Racing Drivers’ Club, will also take its total investment in 2700 solar panels up to £2.8million to ensure that 25-30% of the circuit’s annual energy requirement is generated on site.

Pringle said: “There's numerous examples of why Formula 1 innovation is great for this country.

“But some people don't understand that. They just think that we're creating CO2 for fun.

“I'm determined to address that. It’s a very deliberate very visible statement .... We are straining every sinew to be to move this business.”

The organisers of the Belgian GP are also expected to follow the same entertainment-driven concept, amid question marks over the future of the race on the F1 calendar.