It recently emerged the Northamptonshire track could activate a break clause in its 17-year deal that would allow it to pull out of hosting the race after next year.

Despite the difficulties in raising the annual hosting fee - which increases year-on-year due to a five per cent escalator clause - Allen has confirmed a business model is in place that guarantees the race's future.

Speaking to AUTOSPORT today, Allen said: "We will be able to see out the contract.

"We can do it because not only do we put on a good show, but we also made a significant improvement on profit from this year's grand prix than we have done in the past. All of that helps.

"But the way I am developing the business is as an attraction and entertainment business where we are generating revenues from not just one race of the year.

"At other circuits there is one big race of the year and that's the end of it, but we are not that.

"We're a 360-day attraction that generates revenues from many other events. We are not totally reliant on one race.

"Silverstone will be able to host the British Grand Prix through to 2026, absolutely."

Allen has confirmed a letter of credit from bankers Lloyds was in place prior to his arrival at the start of the year, allowing Silverstone to pay its hosting fee to Bernie Ecclestone in arrears.

"We've never missed a payment and the letter of credit is in place. There is a contract in place that allows us to do that," added Allen. 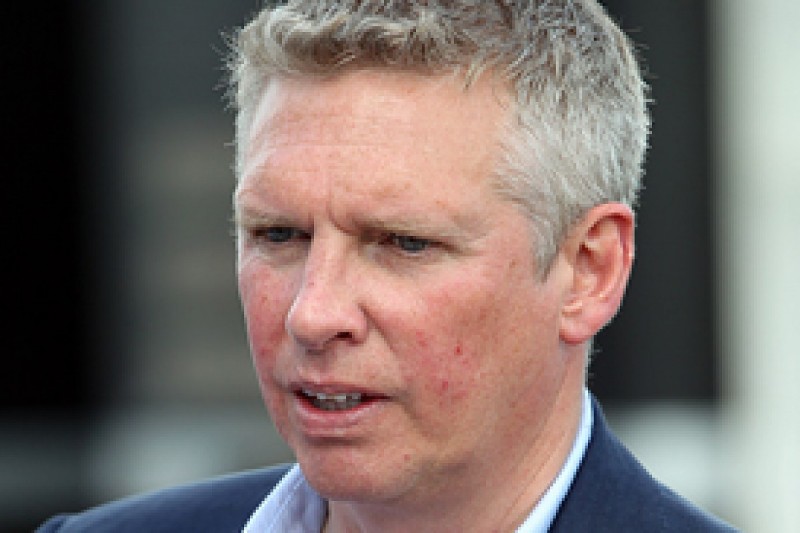 "Our bank is comfortable with the situation."

Allen also downplayed comments in which he had described F1 as "a shit product" and "a procession" that made tickets hard to sell.

"The product has been developed from a technical perspective rather than a customer-experience point of view, so the cars are ever more technical and advanced," he said today.

"That said, when there is a disparity between the front two Mercedes cars and everybody else, as it was in the early part of the season when the comments were made, then the product needs to improve.

"What has happened since is that Ferrari and Williams have improved, and what we are seeing is ever closer racing.

"Notwithstanding that, Mr Ecclestone and the FIA are looking at rule changes to produce ever-more exciting racing.

"The comments at the time were apt, but action has been taken, and we're now going to have a better product and a more exciting racing format for 2017."