The British government unveiled its road map for easing the current lockdown measures earlier this week, which included plans for spectators to attend live sporting events by the summer.

Prime Minister Boris Johnson told parliament that "the turnstiles of our sports stadia will once again rotate" as he outlined the blueprint for fans to return to the grandstands.

Under the proposals, large outdoor seated venues will be permitted to allow up to 10,000 fans or 25% of the total seat capacity - whichever is lower - from 17 May.

This could then be increased as early as 21 June, leading to suggestions that many of the UK's major summer sports events could enjoy capacity crowds amid the ongoing vaccination campaign and falling COVID-19 case numbers.

The British Grand Prix ran behind closed doors in 2020, and while the race would be in line to benefit from the government measures on spectator access for 2021, managing director Stuart Pringle remained cautious in his messaging.

"I'm cautiously optimistic, there is a long way to go," Pringle said in an interview with BBC 5 Live on Wednesday morning.

"But the requirements have been clearly set out. There are variables that are within nobody's control, if another variant of concern were to arrive, or if there was a problem with the vaccination roll-out.

"But equally, things have been going well, and I think that people want to get behind an opportunity that gives some light at the end of the tunnel.

"The government is right to point out this is the fourth step, and there are three [before], and things could go wrong at every stage.

"So it's by no means certain. It's very difficult as a promoter." 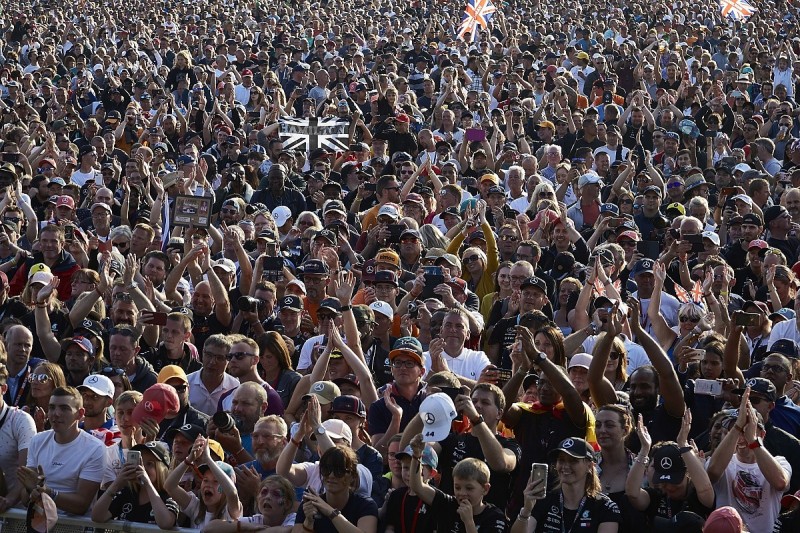 The British Grand Prix typically welcomes up to 340,000 fans across the three-day race weekend, with a high number of tickets sold for last year's race being rolled over to 2021.

One proposal to emerge in recent days surrounds vaccine passports, serving as proof that those attending large sporting events have received a COVID-19 vaccination and have been tested regularly.

Asked for his thoughts on using vaccine passports to ensure safe access for spectators, Pringle said it was "in principle a good idea for live sport events."

"Those of us who run sports stadia have been talking to the Department for Digital Culture, Media and Sport about potentially hooking in our electronic ticket apps to the NHS app to find a way of validating your entry ticket, if you have got the correct test result on your NHS app," Pringle said.

"So I think it's absolutely worth exploring, and I think fans would go for it.

"I think fans, if it involves a little bit of effort, or possibly even a bit of cost, the chance to go and see your team, to see your favourite sport, that's something that we'd all consider this summer."

The British Grand Prix is scheduled to take place at Silverstone from 16-18 July.

Podcast: What we learned from the Red Bull RB16B F1 car launch