Sergio Perez believes his chances of a 2014 Formula 1 seat have already improved, and is certain he can surprise the paddock next year

The Mexican learned in the build-up to last week's United States Grand Prix that McLaren was dropping him after a single season in favour of Formula Renault 3.5 champion Kevin Magnussen.

A week on from the news, Perez said he was now much more confident of being on the 2014 F1 grid.

"It's definitely looking better than it did seven days ago. We have been some progress in that respect, which is positive," he said.

"But as we all know with Formula 1, when you don't have the contract, there's nothing there.

"I'm confident that I will get a good drive that will keep me very motivated to achieve my dreams in F1."

Perez acknowledged that Sauber and Force India were possibilities, but underlined that he was some way from securing a deal.

"There are some options and one of them is going back to Sauber. But there are other options that we are looking at, at the moment," he said.

"Force India could be another option as well, but nothing is really deeply in discussion, it's still a bit far away.

"All the teams who haven't announced their drivers, we're looking at to see which could be the best option for my future." 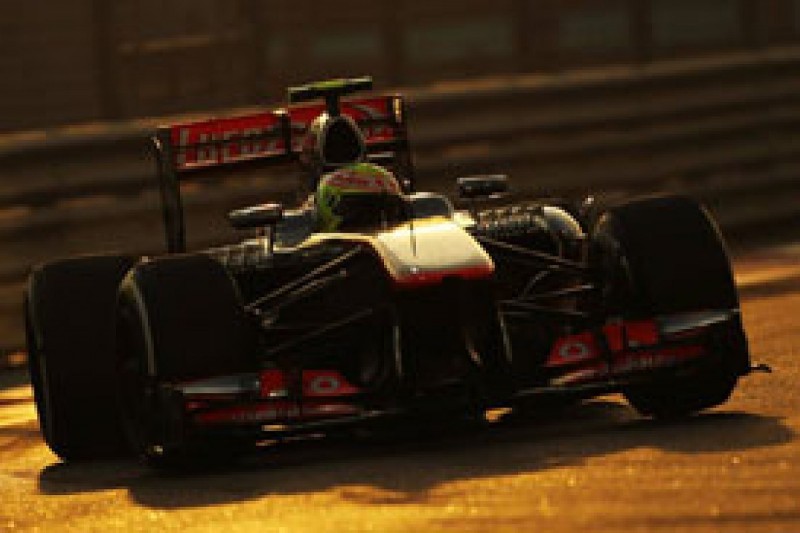 Perez said he had no qualms about the fact he would be able to bring a budget to any team via his Mexican sponsors.

"Right now it is no secret that if you are not in the top four teams, all the others are struggling financially," said Perez.

"[Having funding] definitely helps, but also my talent helps. At the end of the day, I believe I'm a very strong package so I should be in a good position to find a good seat."

Perez made a big impression during the 2012 season as he took Sauber to three podium finishes and came close to winning the Malaysian GP.

Although his McLaren stint has been less successful, he believes he has improved a lot during 2013.

"I think being with McLaren this year has made me a more complete driver, and I think if I get an opportunity people will be surprised by what I can do," he said.