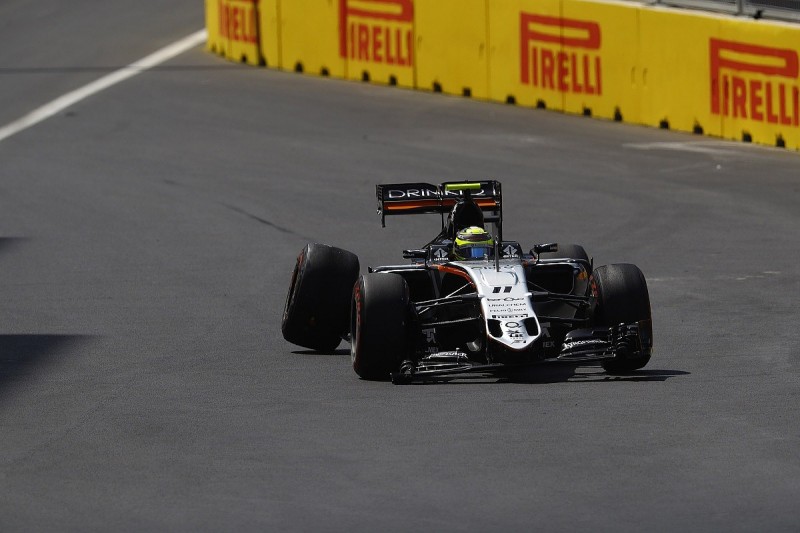 The Mexican hit the wall at Turn 15 just moments before the chequered flag in final practice, causing significant damage to the right rear end.

Following investigations, damage to the gearbox forced the team into a change ahead of qualifying at Azerbaijan's brand new street circuit.

It is a blow to Force India, which has looked quick all weekend, with Perez finishing third quickest in second practice behind the two Mercedes.

He was sixth in final practice and team-mate Nico Hulkenberg third, with the team benefiting from Mercedes power on the power sensitive track.

Despite the damage, Force India is hopeful he will get out in time to contest qualifying.