The incident occurred at the pitlane exit during the early safety car period.

Perez had emerged from a tyre change and was accelerating out of the pits when he encountered two marshals running across the track before Ste Devote.

One marshal managed to get across in front of his car to the inside barriers, while a second managed to stop - and fortunately Perez was able to get between them without incident.

Speaking on his team radio immediately after the incident, a shocked Perez said: "What was wrong with those marshals? I nearly killed him." 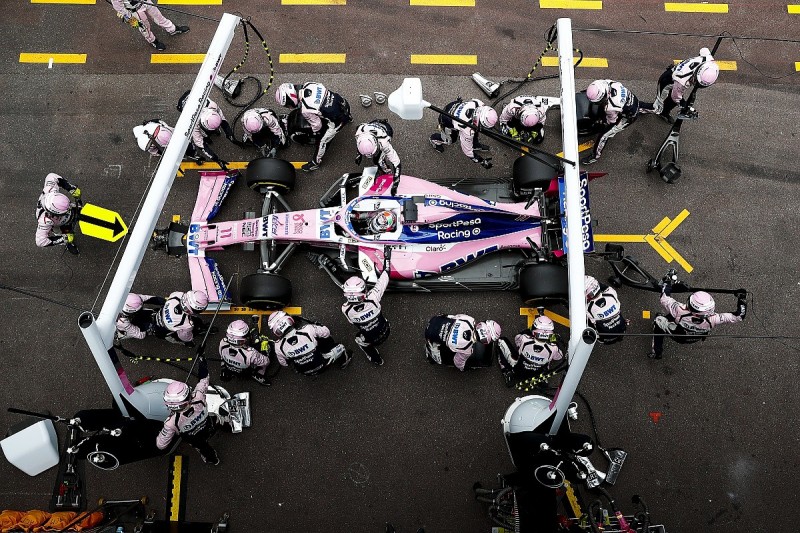 Following the race, Perez suggested it was pure good fortune that he had not struck either marshal.

"I don't know if you saw but in the safety car I had a marshal running and I nearly ran over him - coming out of the pits in Turn 1," said Perez.

"They were running back and I was coming out of the pits.

"I had to brake and was very lucky - they were lucky I avoided them.

"They're usually very good, but it's safety at the end of the day - and most important is safety for the marshals and drivers."

Perez finished the race in 13th.