Seidl: "Very tough" for McLaren to stay in fight with Alpine

McLaren Formula 1 boss Andreas Seidl believes it will be "very tough" to stay in the fight for fourth place with Alpine until the end of the season.

McLaren and Alpine have enjoyed a season-long battle to finish as the leading midfield team this year, with momentum swinging back and forth in recent races.

McLaren's run to fourth and fifth in Singapore put it back into P4 in the constructors' championship, only for Alpine to strike back last Sunday at Suzuka as Esteban Ocon and Fernando Alonso finished fourth and seventh respectively.

It has given Alpine a 13-point advantage with four races remaining, but Seidl thought it would be tricky for McLaren to stay in the fight until Abu Dhabi.

"It's important now for us really to focus on ourselves, make sure that we execute clean weekends, extract every single session the maximum that we have at the moment in our car," said Seidl.

"Only then do we have a chance to stay in the battle with a very strong Alpine team.

"We have to acknowledge they did a great job so far this season. It will be very tough for us to stay in this battle until the last lap in Abu Dhabi, but that's what we're here for."

McLaren is the only team outside of the top three of Red Bull, Ferrari and Mercedes to score a podium this season, courtesy of Lando Norris at Imola back in April.

Norris has previously spoken of his surprise that McLaren has been able to stay in the fight with Alpine for so long, admitting the McLaren MCL36 car has been tricky to drive. 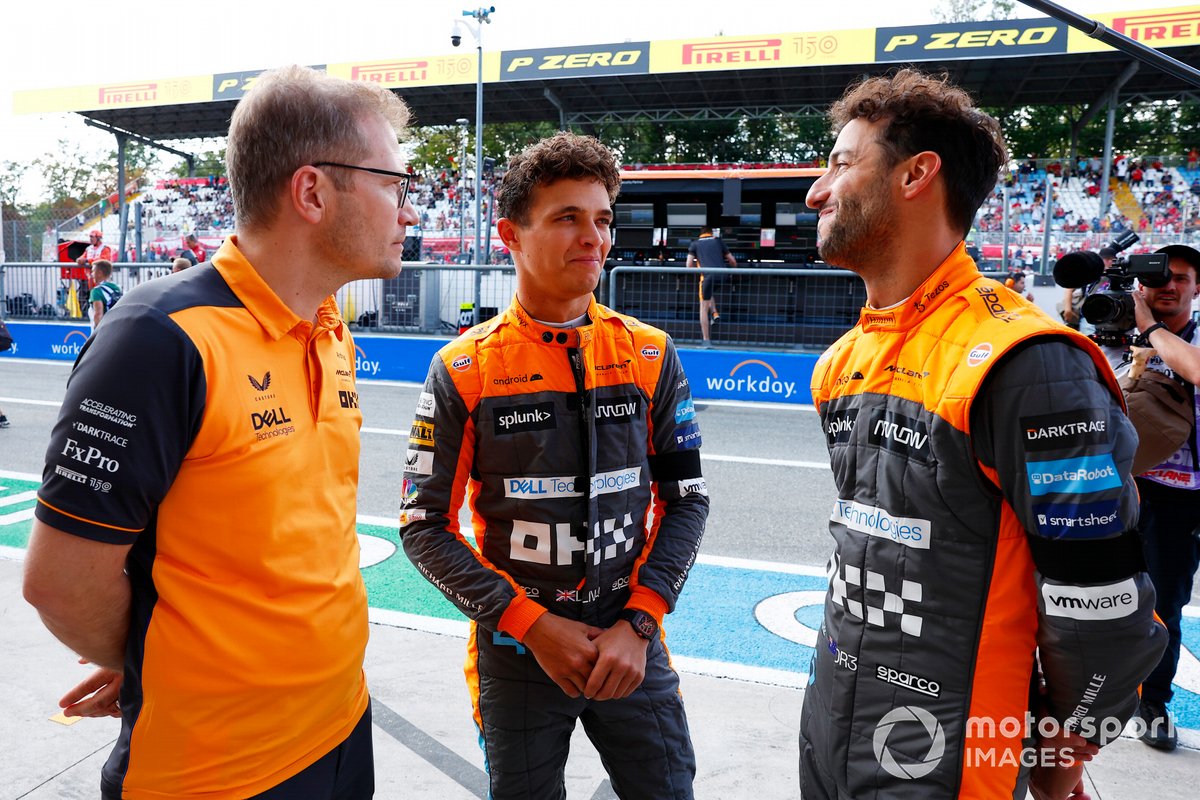 McLaren looked to take a step forward by bringing a new update package to the Singapore Grand Prix earlier this month, while Alpine also debuted a new floor as the development race continued.

Seidl felt McLaren had to try and focus on its own performances and processes instead of dwelling on Alpine, saying: "Reliability will play an important part as well in the last races now.

"But still I think we have a good car, we have a good team, we have two strong drivers, and if we get our act together, I'm sure we can stay in this battle until the last lap."

Speaking prior to Alpine's double-points finish at Suzuka, Alonso said he thought the battle would remain close right the way to the season finale in Abu Dhabi, expecting their form to swing.

"There's going to be some weekends that we can score a few more points than them, some others, we will score less," said Alonso.

"I think Singapore was standing out because it was a big loss in points there. But I think it's going to be very, very tight until Abu Dhabi."

How to be an ace engineer: Engine builder Richard Langford