Sebastian Vettel says he "struggled" to find rhythm in qualifying for Formula 1's United States Grand Prix, until the crucial final run that gained him a front-row start

Ferrari F1 driver Vettel was seven tenths adrift of poleman Lewis Hamilton in Q1 and Q2, and trailed the Mercedes man by the same margin after his first run in Q3.

Vettel was down in fourth at that point, behind the other Mercedes of Valtteri Bottas and Ferrari team-mate Kimi Raikkonen, only to improve significantly on his final run and join Hamilton on the front row.

"I was lacking a bit the rhythm, especially the transition from the first to second sector," said Vettel, having ended up just 0.239s behind Hamilton.

"It is crucial to get the final run [right]. In the end, we were closer than expected. For tomorrow, if the car behaves like today, it should be good."

Vettel conceded his first run in Q3 had been subpar, and said he was aware he faced the risk of being out-qualified by all the other drivers from the championship's top three teams.

"I struggled a bit into Turn 8 - the wind was quite tricky all day," he added. "[The] morning was fine and [the] afternoon I started on wrong foot.

"My first lap in Q3 was pretty poor, so I knew I had to deliver. Without that it could have been P6 or something, so the timing was just right."

Vettel endured a difficult the lead-up to qualifying, as problems in Friday practice led to Ferrari making an overnight chassis change.

"A big job overnight but the team was fantastic," Vettel said. "The mechanics now have had a couple of weekends in a row with a lot of work and last-minute engine changes, chassis change.

"It is a record time to change, which isn't what we want - but today I was much happier with the car, glad it worked out." 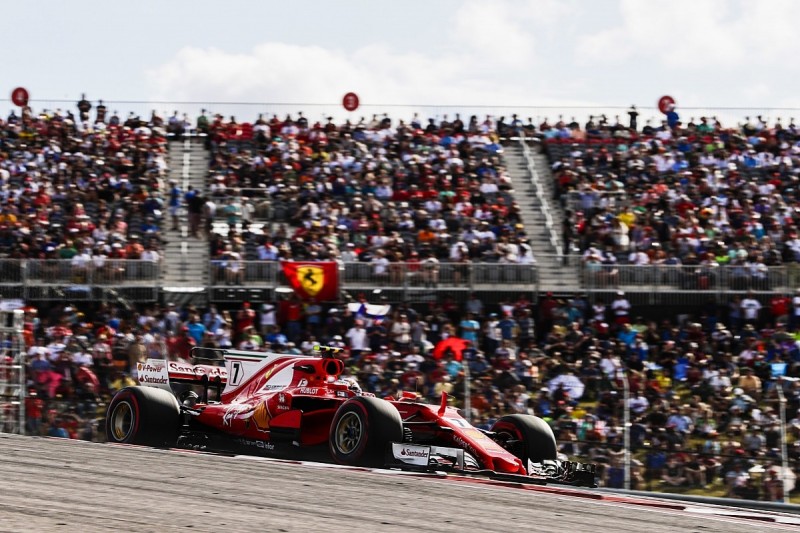 Having narrowly led Vettel after the first Q3 runs, Raikkonen couldn't improve as much as his team-mate on the final attempt and ended up fifth, losing out to Red Bull's Daniel Ricciardo, who moments earlier had set an identical lap time to Raikkonen's.

"I think it was quite OK," Raikkonen said. "The car was better than it has been so far this weekend.

"I was quite happy in most of the places. there were few places I struggled to turn round a bit the car and ended up losing time.

"The last three corners were pretty good. The double left-hander before that, we seem to suffer the most trying to turn around and end up going a bit too fast in; gave away a bit too much lap time.

"Without that I think we had pretty decent speed. It would be nice to be higher up but I'm quite happy with the car, I just lost time in some corners where I had some difficulties."