Sebastian Vettel says he still doesn't agree with the decision to penalise his driving in the Mexican Grand Prix, despite Formula 1 race director Charlie Whiting clarifying the reasons

Vettel was penalised 10 seconds and demoted from third to fifth in Mexico, after officials judged he moved over on Daniel Ricciardo's Red Bull under braking while defending position.

This decision followed a fresh directive issued at last month's US GP, designed to clamp down on potentially dangerous driving in wheel-to-wheel situations.

Whiting made a special appearance at the FIA's driver press conference ahead of this weekend's Brazilian Grand Prix, to explain the various controversies that unfolded in Mexico.

The FIA showed video footage of the incident to reporters, with Whiting saying this showed Vettel's driving to be in clear breach of the new rules.

Whiting said: "There are three fundamental points within the rules: if a driver has to take evasive action, if a driver makes an abnormal change of direction in the braking zone, and if it could be deemed to be potentially dangerous to another driver.

"If those three conditions are satisfied, then the stewards felt that is dangerous manoeuvre that should be penalised.

"That's how the stewards looked at it, and they felt Sebastian moved under braking - that was very clear from the data and the video.

"It was potentially dangerous, and it was an abnormal change of direction that could have led to an accident.

"Those three conditions were satisfied as far as the stewards were concerned; that's what they felt they should act upon."

Ferrari team boss Maurizio Arrivabene expressed his surprise at the decision immediately after the race, and Vettel said he still sees the clash differently.

"I don't agree with the decision that was made," he said.

"I moved over once to defend my position. 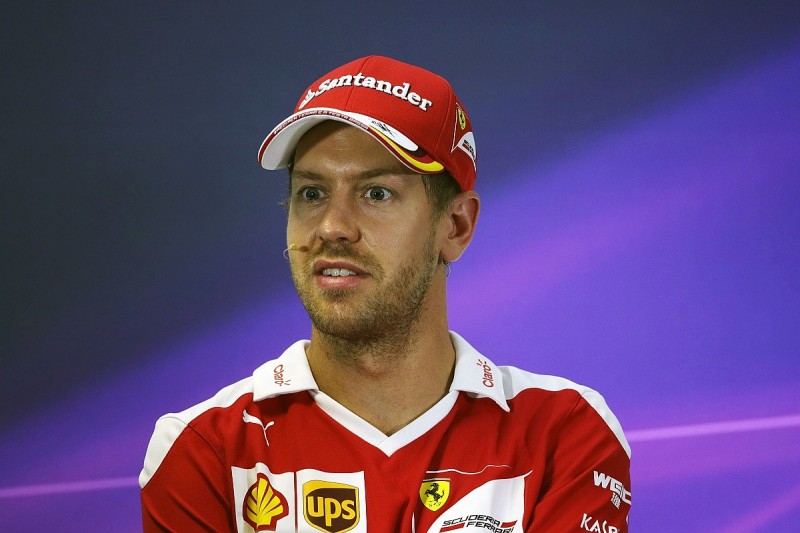 "After that I gave Daniel enough room on the inside, kept the car straight for more than the majority of the braking.

"The reason why Daniel locked up so bad is because there was no grip on the inside.

"It's something we all knew. There were people locking up in other corners when they were off line.

"It actually looks a bit worse than it was. I don't think it was actually dangerous for Daniel at the point, but OK I have to deal with the decision."

Vettel escaped sanction for a furious radio outburst at Whiting during the race, in which he told the race director repeatedly to "fuck off" when Max Verstappen went off-track during battle with Vettel and refused to cede position.

Vettel apologised in person after the race, and also wrote to the FIA expressing his regret.

Whiting said the matter was now closed for him.

"It's not the first time bad language has been used," he said. "The fact it was directed at me was unfortunate.

"There were a number of mitigating circumstances that led up to Sebastian's obvious frustration, but the fact he sought me out very shortly after the race to apologise, for me, that was enough.

"I'm prepared just to forget it and move on."

Vettel added: "You can understand why I wasn't so happy at that point.

"I regret what I said. I certainly didn't mean it.

"It was very clear for me to look for Charlie right after, I wrote a letter as well.

"I'm happy Charlie accepted the apology and happy to, as he said, move on."