Sebastian Vettel says he is "not too bothered" about Bernie Ecclestone's criticism that he doesn't do enough to promote F1, because his priority is his himself and Ferrari

Vettel and fellow German Nico Rosberg were picked out by the commercial rights holder as being bad for business and not doing enough to boost their individual profiles.

In contrast, Ecclestone hailed Lewis Hamilton for being "a hero in the UK" and a "super promoter of the sport".

But responding to the remarks, Vettel told AUTOSPORT: "He is old enough to say what he wants. I still get along very well with him.

"He has certain opinions about some things which is fine, but I'm not too bothered."

When asked whether he felt he could do more, Vettel replied: "I am looking after myself and trying to do the best job for myself and the team.

"That is the highest priority. It's what I'm here to do."

'WE WILL CATCH MERCEDES'

After a difficult season with Red Bull in 2014 - which yielded just four podiums - Vettel is enjoying a renaissance with his new Ferrari team.

"So far, it has been better than what anyone expected," said the German, who was speaking at a UPS sponsor event in downtown Montreal. 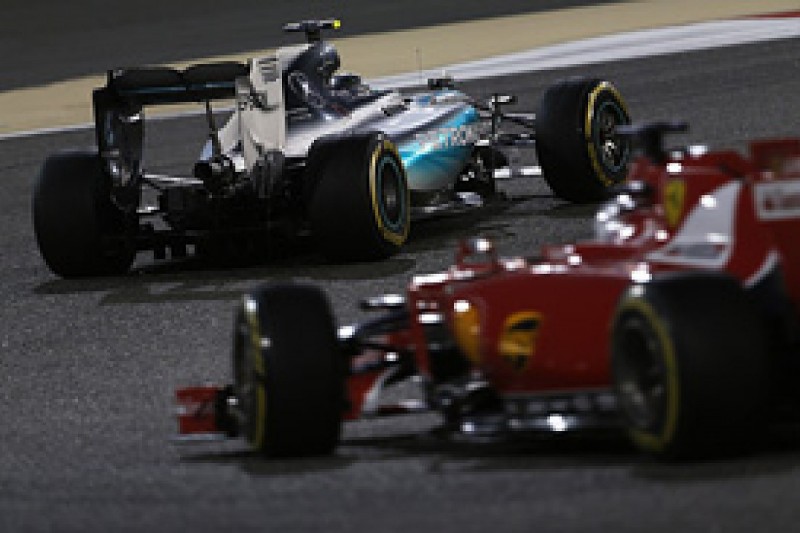 "We've had a good start, a lot of podiums and one win in Malaysia which in a way was a dream come true. We have more reasons to keep dreaming.

"We have good people onboard, we have the knowledge but we just need a bit more time.

"How much is difficult to say but if we keep doing like this, I'm confident at some point we will catch Mercedes."

Ferrari and Honda are the first engine manufacturers to dip into their development token allocation this season, with Ferrari using three and Honda two.

While Vettel is hopeful of a step forward at this weekend's Canadian Grand Prix, he warned the team cannot expect miracles.

"Everyone has the ability to have an update and we decided to have one here," he said.

"Hopefully it is a step in right direction and brings us a bit closer, but you cannot expect miracles from one day to another."