Tensions between the pair most famously erupted while they were part of 2010's five-way title fight, and when Vettel disregarded team orders to beat Webber in the 'multi 21' row at this year's Malaysian Grand Prix.

But Vettel said these flashpoints did not tell the full story.

"Generally people have a worse impression than the relationship that we have," he insisted ahead of Webber's F1 finale in Brazil.

"People tend to forget how successful we have been. We've been one of the strongest pairings in Formula 1.

"Obviously we didn't have the best relationship on a personal level, but in terms of working professionally together for the team, we have been very strong.

"Both of us have tried very hard to improve the car. The fact that he will not be around next year will surely be a loss for the team and a loss for myself. 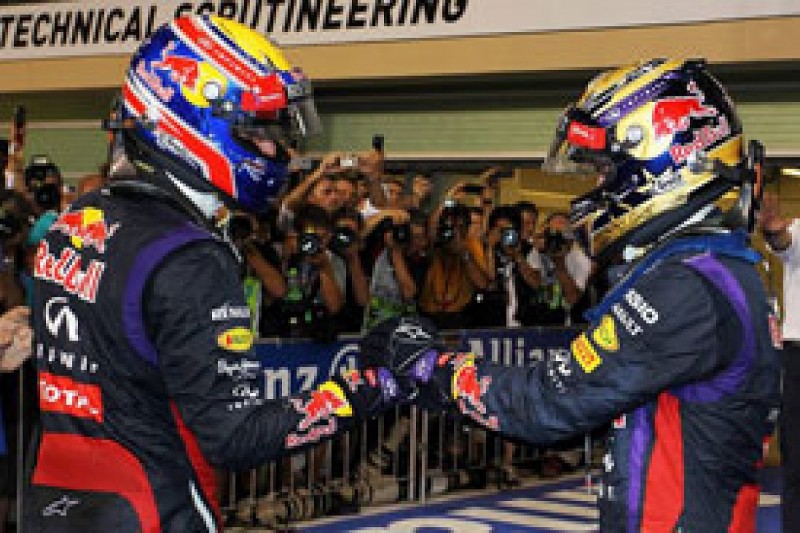 "I've learned a lot from him. I can stand up straight and say that there were many times and places where I benefitted from him.

"You could obviously say the same thing the other way around."

Vettel also underlined that he had no intention of helping Webber take a victory in his final grand prix in Brazil this weekend.

"Mark is a sportsman and he doesn't want a win handed over to him," said the world champion.

Mark Webber glad to retire from Formula 1 before he fades