The Finn's lap-one crash in the Austrian Grand Prix last time out has only added fuel to speculation he will be replaced for next season, with Valtteri Bottas, Daniel Ricciardo and Nico Hulkenberg all touted as suitors for his seat.

Asked whether he would advise Raikkonen during his 'negative period', Vettel replied: "We all have races in which we have crashed before, so I don't think you need to call it that.

"If you look at the way Formula 1 is you have two or three races where you don't get a result and people call it a negative period.

"I had the same last year [with Red Bull] where a lot of things didn't come together for me for many different reasons and it was called a negative period.

"In the end Kimi is a champion and he knows what he's doing - he has said this before over the team radio...

"I don't need to give him any advice or talk to him."

While Vettel concedes he has no say over who should be his team-mate, he has made it clear to team principal Maurizio Arrivabene Raikkonen should stay.

"I've said many times I'm very happy with Kimi because since day one when I got to know him he's always been very straight, he hasn't changed," added Vettel.

"Becoming world champion in 2007 didn't change him; all his years in Formula 1 haven't changed him.

"It's been good for Formula 1 to have him back, he's straightforward, there's no bullshit, which are qualities I really enjoy.

"Seeing him as my team-mate it's been the first time I've been able to compare what he does on track.

"It's a good challenge, but there is also a lot I can learn from him as he has a different approach to things.

"I know we have this season left, and I don't know what the contract for next year entails, but it would be nice to have him on the team for next year."

FERRARI'S ALTERNATIVES ON THEIR CHANCES

Ricciardo and Hulkenberg were both quizzed on their 2016 Ferrari prospects at Silverstone on Thursday.

Hulkenberg on Ferrari rumours: "That's usual. You do two good races and that's what happens.

"You check the market, check the options as to what could become available, of course. It would be silly not to do so.

"The most important thing for me is to keep performing, to reach my maximum every weekend.

"Other things will fall into place, but t's not fully in my hands. Other things and factors play into it."

Ricciardo: "I don't even know where the rumour started, actually. It's really exploded. It's a bit of a laugh.

"There's not much more to say, to be honest. It's nice to be regarded by a top team like that.

"Obviously I'm with a top team, but to know that there's interest and support from other teams is nice.

"Ferrari's the only top team now with potentially a seat open, so I guess that's why my name and a few others have been mentioned.

"We'll see what happens next year, it will be nice to see someone stop Mercedes' dominance." 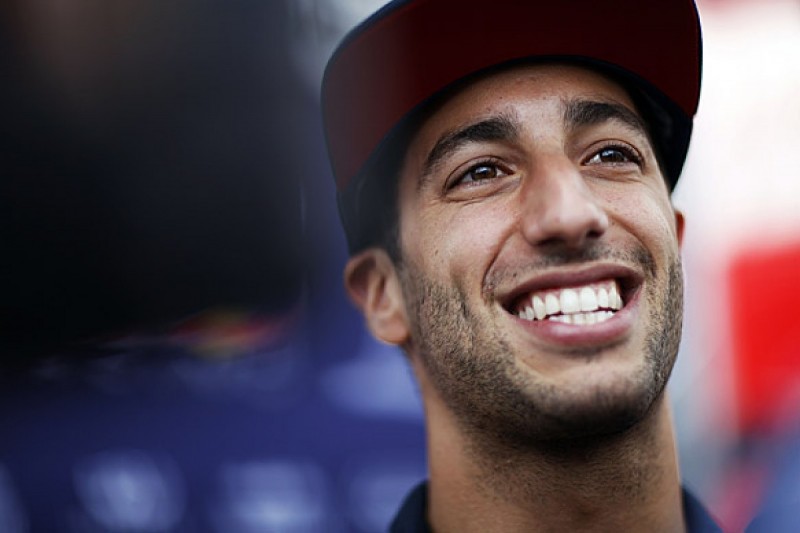