Schumacher was warned about "aggressive" Mazepin in karting

Mick Schumacher has recalled that the first time he came across current Formula 1 team-mate Nikita Mazepin was when he was warned about the Russian’s aggressive driving in karting.

The pair are now team-mates at Haas but have competed regularly against each other in junior categories on their way up to F1.

But their first encounter on track stands out for Schumacher because he remembers being advised beforehand to keep an eye out for Mazepin’s tactics when they took part in a kart race in Italy.

“We’ve known each other since 2013 where we've been team-mates at TonyKart,” said Schumacher, when sat alongside Mazepin.

“Just before that I kind of remember we had one race together where you were racing with Zanardi [team] in La Conca.

“That was the first time I noticed you, because actually there was... I don't know, one of my team-mates said I have to be careful when I'm racing with you because... [laughs] like, combat wise, he was quite aggressive!

“Then, obviously, 2014 we had another year where he was in KF2, I was in KF3 that year. And after that I think we kind of always had some races together, some championships together, so we've always seen each other. 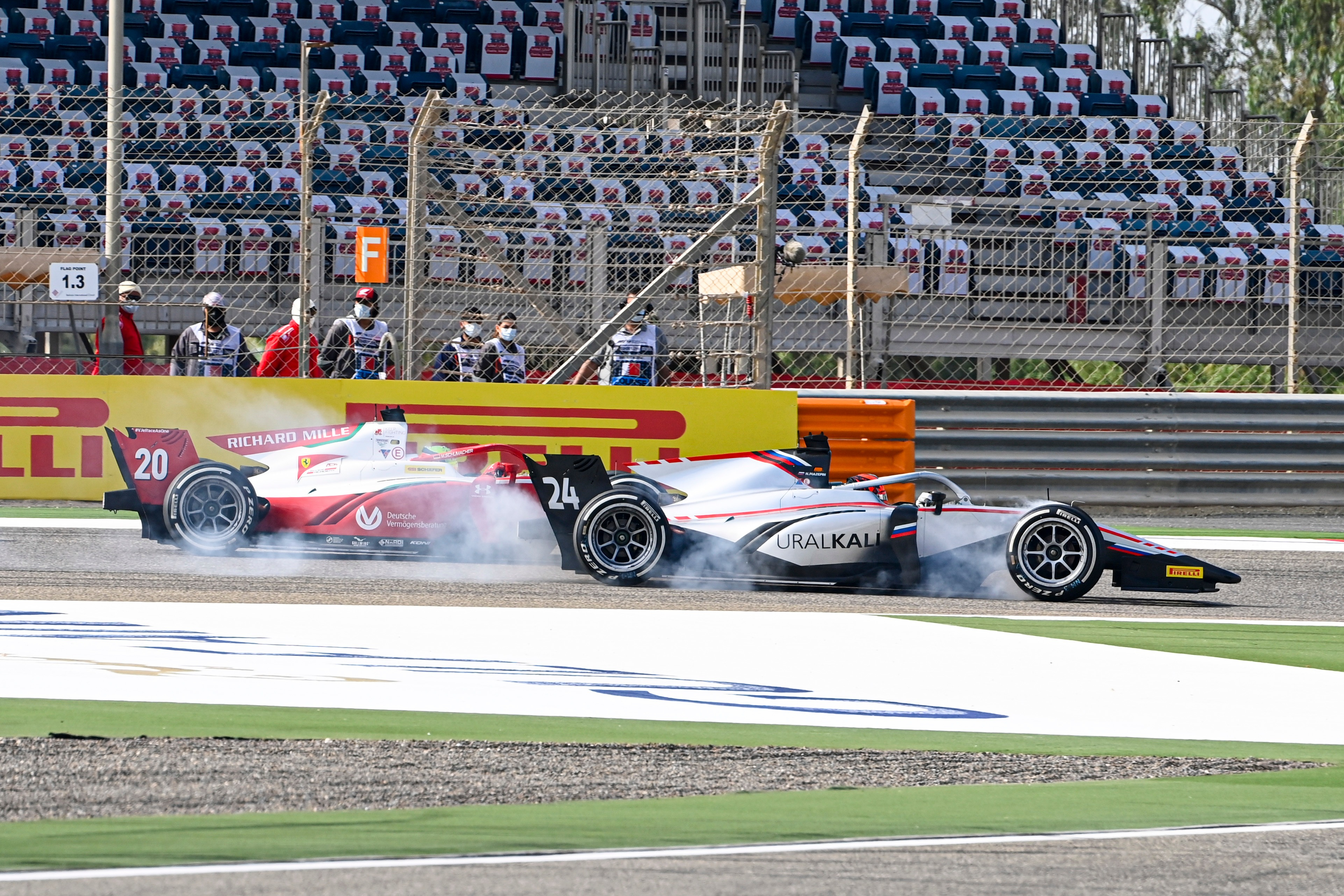 Mick Schumacher and Nikita Mazepin battle in F2 in 2020

“I guess the respect is there. Obviously, we are now going to be really working closely together, where it's only us two, so it's going to be interesting to see how it goes this year.”

While the first impressions of each other may have been different, the pair appear to get on quite well at Haas – with Mazepin praising Schumacher’s attitude.

“I have enormous respect for him as a racing driver,” explained the Russian. “I also like him a lot as a human being.

“There are different individuals in motorsport and some are pretty difficult to be around with. But Mick is the complete opposite, so I feel fortunate that he's obviously my team-mate.

“I couldn't choose it, but it's nice to have a nice guy around you. And also I think it's a very good possibility for a team because when you don't have any negativity and you're just both pushing forward, it can help us being much higher upwards than we could have been on our own.”