Haas Formula 1 driver Mick Schumacher believes progressing to Q2 in qualifying is a "totally realistic goal", despite his car being off the pace in 2021's first four races.

With Haas deciding not to carry out any development work ahead of the 2022 rule changes, Schumacher's fortunes are unlikely to improve this year.

But despite not qualifying higher than 18th so far, Schumacher is still confident he can break into the top 15 and advance to Q2 at some point this season.

When asked if his pre-season goal of aiming for Q2 was still on given Haas' poor form, Schumacher said he believes it's realistic ambition for his debut campaign.

"It is totally a realistic goal," Schumacher said in Barcelona. "Obviously, I'd be unhappy if that wasn't the case this year. We're still pushing hard for it.

"There will be tracks that maybe come more our way. I think considering this track may be not one of our strongest, I think we still managed to obviously produce a very good lap time.

"We were quite close to Kimi [Raikkonen], looking in hindsight. So yeah, I think we can be very happy and hopeful for a Q2 in the next one of 18 races, so hopefully we'll manage." 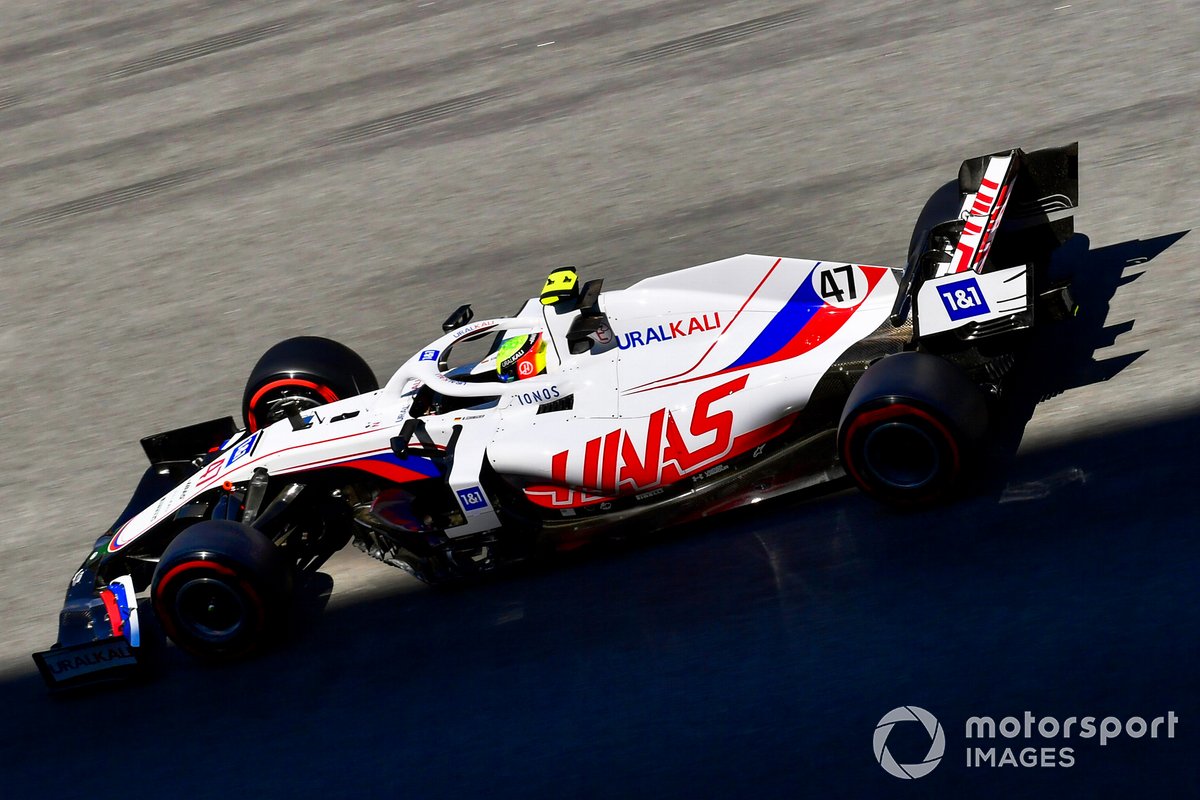 Alfa Romeo and Williams are Haas' most obvious targets if Schumacher and teammate Nikita Mazepin are to progress to Q2 this season.

In Imola Alfa's Antonio Giovinazzi out-qualified Schumacher by just one tenth and a half. In Portugal and Spain Nicholas Latifi and Raikkonen were the German's closest rivals respectively.

When asked by Autosport how much time he had left on the table in Barcelona Q1, Schumacher replied he could have gone two tenths quicker.

That was roughly equal to Schumacher's deficit to Raikkonen, giving him confidence that with a clean qualifying lap he can move up several positions.

"I think that probably on this lap I did [I lost] probably around two tenths, so that would be equal with what Kimi did," he explained.

"Therefore, we can be quite happy. It's just about bringing those lap times together and the spread of the sectors smaller.

"I think that in general we are quite on a good way and then definitely we can be happy about [Saturday's] performance."