Mick Schumacher says his battle with Lewis Hamilton in the Formula 1 Austrian Grand Prix sprint race “shouldn’t have happened” because Haas should have let him pass Kevin Magnussen.

The Haas pair ran line astern in the early stages of Saturday’s sprint contest at the Red Bull Ring as they vied for seventh.

As Hamilton latched onto the back of them in his Mercedes in the second half of the race, Schumacher was forced to drive defensively to hold onto eighth place.

But as he did this, he slid out of Magnussen's DRS range and asked the team to slow the Dane down to give him that advantage back to defend against Hamilton.

Hamilton ultimately took eighth away from a disgruntled Schumacher, who feels Haas should have swapped him with Magnussen earlier as he was “quite a bit quicker”.

“Yeah, I think that it’s something to be discussed,” Schumacher told Sky F1 when asked about his race.

“Obviously, I think the battle with Lewis was fun, but in the first place it shouldn’t have happened.

“I think in some ways I was quite a bit quicker.”

When asked if he thought he should have been allowed to move ahead of Magnussen, Schumacher said “yeah”, before answering the same when asked if the team denied the swap when he called for it. 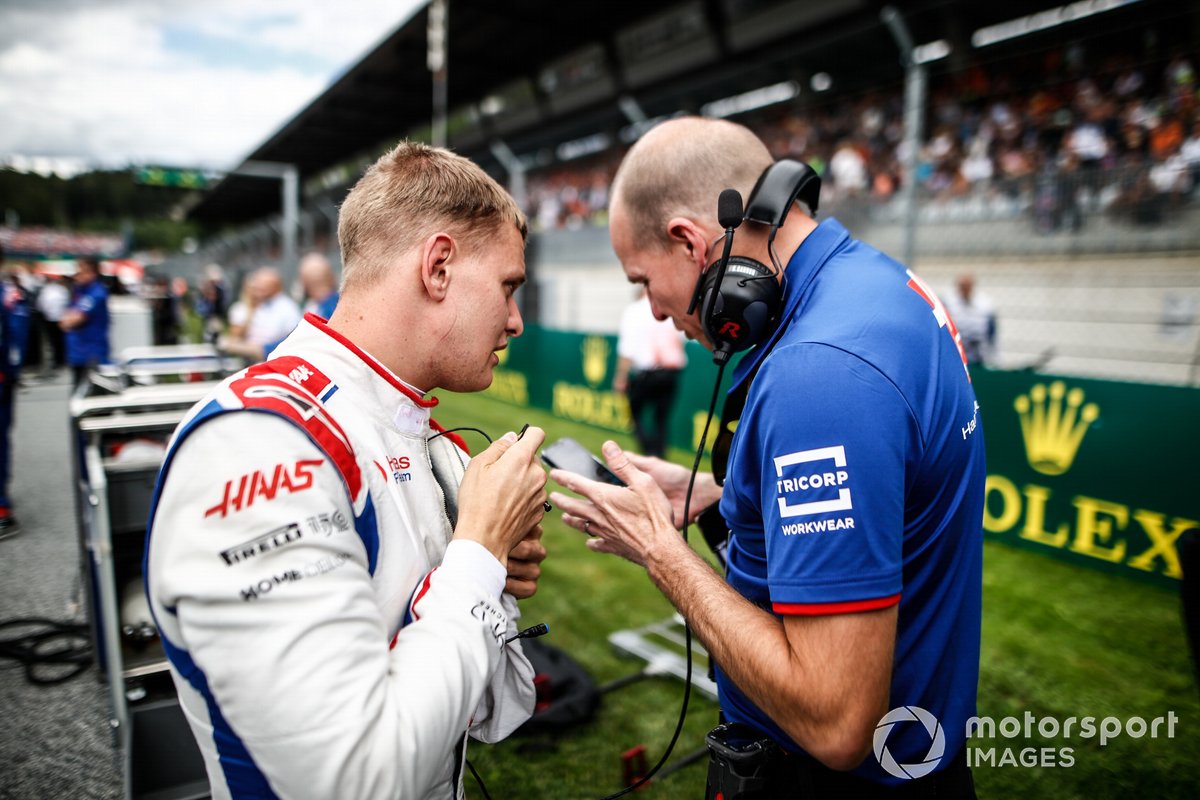 Mick Schumacher, Haas F1 Team, on the grid with his engineer

He also believes he “saved” Magnussen from being attacked by Hamilton and thinks he could have gone after Alpine’s Esteban Ocon in sixth had Haas swapped cars.

“I think I had more pace to be in front,” Schumacher said.

“It’s something to have a look at maybe for my understanding on why we didn’t swap the positions, because I felt I probably could have attacked Esteban ahead.

“In some ways I was saving his [Magnussen’s] butt from the attack of Lewis.

“I was actually hoping he would drop back, which I think didn’t happen. So, that left me vulnerable then to the DRS [of Hamilton].”

Schumacher is under investigation for a startline infringement by the stewards, but isn’t sure what he’s done wrong.

“There’s one thing I can think of, which was I did a burnout in front of Kevin, but I let him through,” he added.

“So, other than that I don’t really know if there’s anything I did wrong. I don’t think so, maybe I was out of position, but I don’t know.” 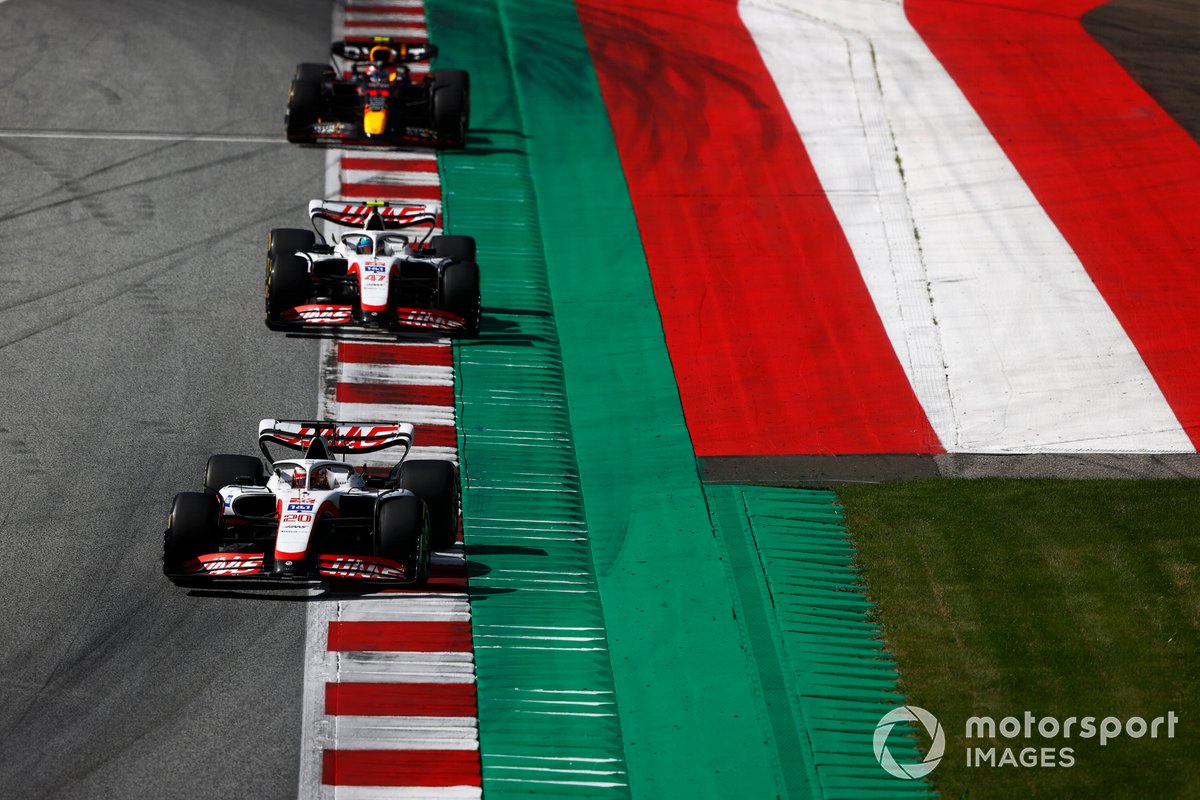 Magnussen says he wasn’t asked to move over by his team, while saying Haas “really can’t be disappointed” with a seventh and ninth in the sprint – which will translate into their starting positions for Sunday’s Austrian GP.

“I don’t know, I obviously can’t hear what Mick says,” he said when asked about Schumacher’s comments.

“But it was a great day for us, we scored points, we’re starting P7 and P9 tomorrow for the main race.

“We really can’t be disappointed with this in any way.”

Magnussen added that he though he “had a problem” in FP2 as the “balance seemed off” in the car, before his Haas team cured the issues with set-up tweaks for the sprint.

“I thought we had a problem this morning,” said Magnussen.

“The pace didn’t seem good and the balance seemed off. Then we made some changes, but we’re limited because of parc ferme.

“The balance came back and we found a whole load of pace from this morning, so I’m very happy.”