Mick Schumacher believes his fights against Lewis Hamilton over the Austria weekend will help him “not be afraid” battling other Formula 1 rivals on-track, and that “everybody is human.”

After scoring his maiden F1 points by finishing eighth in the British Grand Prix one week earlier, Schumacher went two places better with sixth in Austria on Sunday.

The German driver fought against Hamilton through Saturday’s 24-lap sprint race, and found himself scrapping with the Mercedes driver once again during the opening stages of the grand prix on Sunday.

Asked what he had learned across his fights with Hamilton in Austria, Schumacher replied: “The main thing that I learned is everybody is human and everybody makes mistakes.

“Everybody is under pressure [and] sometimes it gets to a point where they do make mistakes.

“So, that’s important for me to know that, and not be afraid of fighting anybody out there.”

Schumacher and Magnussen have both scored in back-to-back races, helping lift Haas up to seventh in the constructors’ standings ahead of AlphaTauri and Aston Martin. 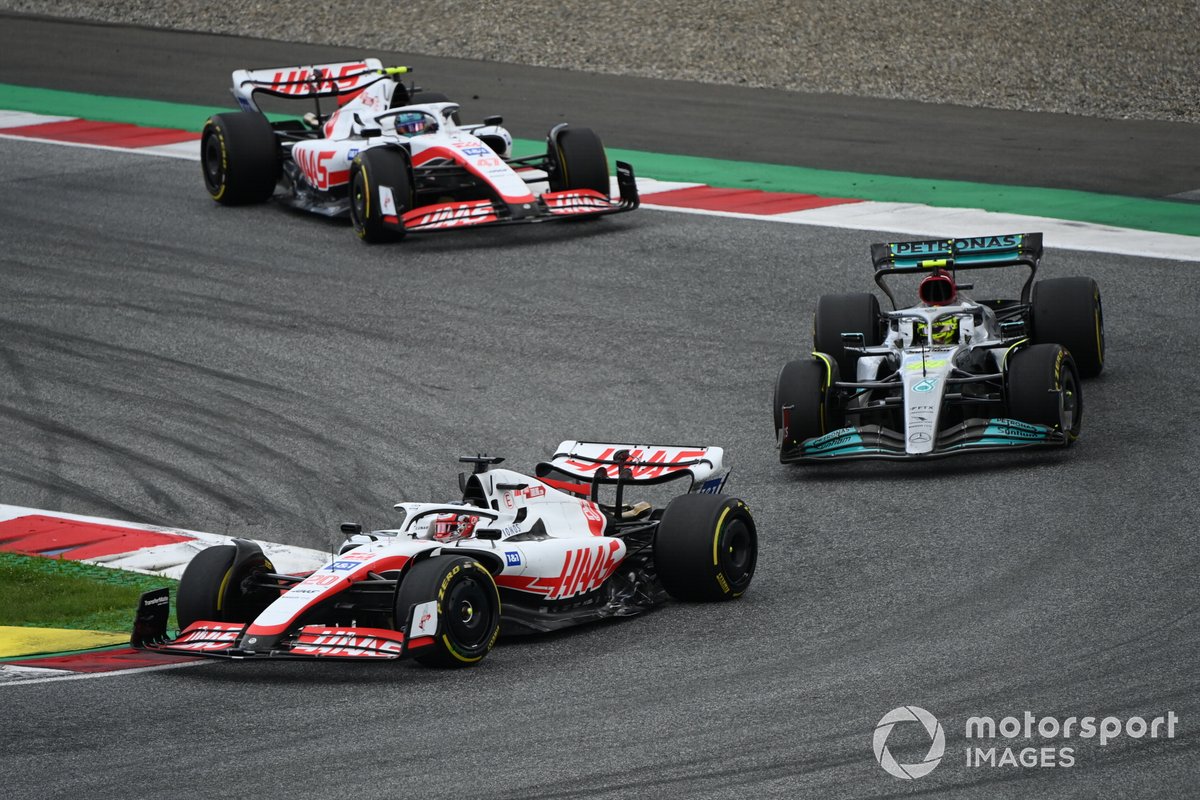 This comes despite the team’s lack of a major upgrade package for its VF-22 car this year, which is only due to arrive for the Hungarian Grand Prix at the end of the month.

Schumacher called the uplift in form a “refreshing change” for Haas, but felt his breakthrough points finishes “could have come a lot earlier” in his F1 career.

“We know what we need for our car to be quick. We had a strong car at the beginning of the year, obviously some people brought updates.

"We maybe lost our way in terms of set-up a bit, but then it came back to a very good set-up, and other people maybe struggled with their package.

“So, all that completes the result we saw today.”