Mick Schumacher was left frustrated during Formula 1 qualifying for the Mexican Grand Prix after a track limits offence cost him a lap time that would have allowed him to progress into Q2.

The Haas driver logged a lap of 1m19.965s towards the end of Q1, which at the time put him in sixth place. Had it stood until the end of the session it would still have been good enough for seventh.

However, the time was quickly deleted by the stewards for cutting track limits on the apex of Turn 2. At the end of the session Schumacher was left stranded in 16th.

Schumacher admitted that he had been “aggressive” in taking a lot of kerb, but said he’d used the bollard on the apex as a reference – and suggested that it should have been placed in such a way that drivers couldn't be deemed to cut the corner if they aimed to brush past it.

"I knew it was aggressive," he said when asked by Autosport about the incident. "But in my eyes it was going to be enough. If the bollard is there, it's there for a reason. I took reference off that.

"Unfortunately, I think that's a point that we'll probably have to address, because with these cars obviously these days, it's hard to see.

"If we have a bollard, it would be great if the bollard was positioned in such a manner that you're not able to go over [track limits]. That would definitely help a lot all of us.

"So, yeah, quite unfortunate. The difference of cutting it that much or not, it's probably less than a tenth." 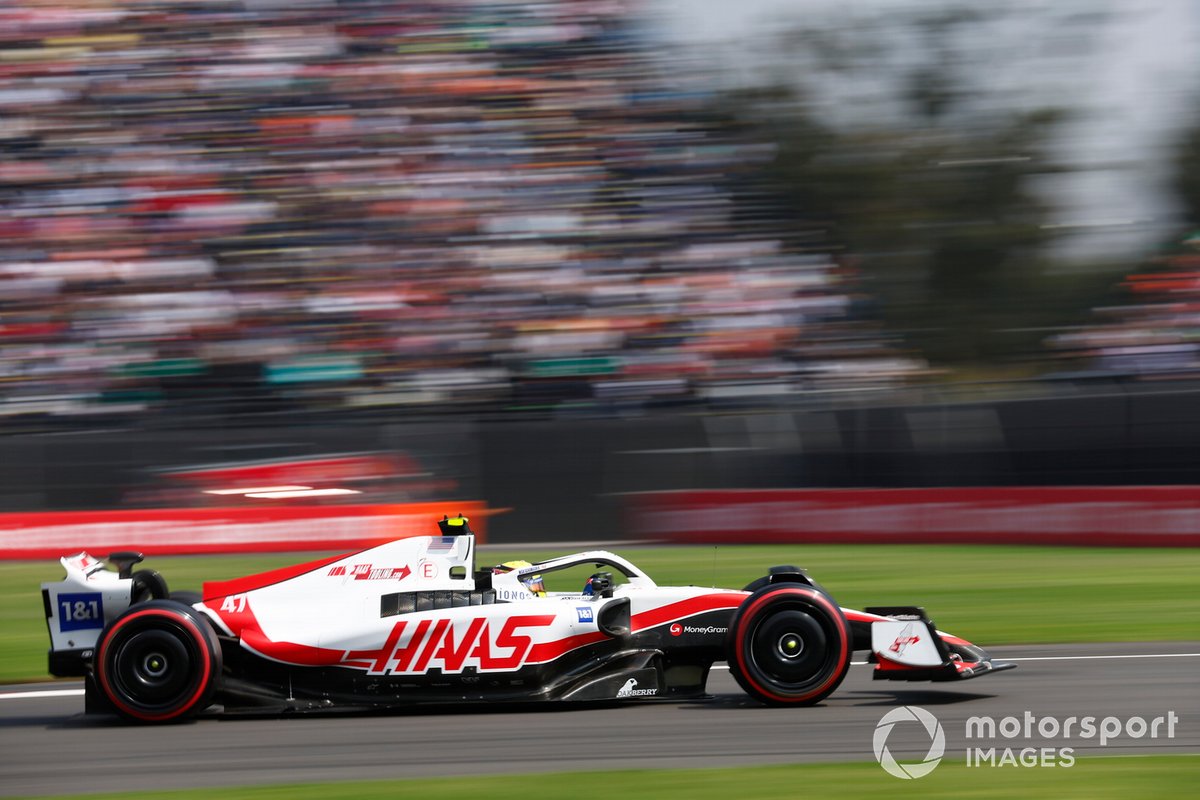 When Schumacher made a final attempt on used tyres he was also compromised when other drivers passed him before he could start the lap. He said that violated the 'gentleman’s agreement' about not passing other cars on preparation laps.

"It was always going to be tough," he said. "But I think more than that, it was also the gentleman's agreement that wasn't kept, by like three or four cars. Which was silly, really. But it's the way it is.

"It definitely hurt the preparation of the lap, which meant I couldn't warm up the brakes just as much as I wanted it to, and going to Turn 1 with the question mark."

Meanwhile, Schumacher’s team-mate Kevin Magnussen earned 15th in Q2 and then dropped back to 19th due to a grid penalty for a taking a new V6 engine earlier in the weekend.

"We treated qualifying a little bit like a test," said the Dane when asked by Autosport about the session. "We changed rear wing, changed floor, changed front wing, because we've had some suspicions about what we were running.

"So the car did change around a lot. And we had to really go a completely different direction on the front flap to get the balance to be similar. So there's some stuff to look at tonight."

Asked if the car was better in its revised form, he conceded that it was hard to tell.

"It might be, but we were just so far off that we never really got back into the right spot," he explained. "You only get so many chances in qualifying."

He also admitted that the team may now decide to make further changes that would oblige him to sacrifice 19th on the grid and start from the pitlane: "For sure, we're thinking about that."