A "scared" Charles Leclerc said his throttle was stuck to up to 30 percent as he battled to safeguard a "very tricky" victory in Formula 1's Austrian Grand Prix.

Leclerc and team-mate Carlos Sainz seemed to clearly have the upper hand on Red Bull's Max Verstappen on race pace. On offset strategies Leclerc passed polesitter Verstappen three times on his way to a first win in nine races.

But as Sainz retired from third place with a suspected engine failure on lap 57 of 71, Leclerc too suffered a dramatic reliability scare in the closing laps.

The Monegasque driver reported issues with the throttle, which appeared to remain open in the corners. After a long back and forth with his Ferrari team, Leclerc held on to beat Verstappen by less than two seconds.

A hugely relieved sounding Leclerc said on the team radio that he was "scared" that he would lose another certain win after retiring from the lead in Spain and Azerbaijan.

Afterwards Leclerc explained that his throttle pedal remained stuck in the corners between 20 and 30 percent, which made the last few laps "very tricky" to manage.

"It was a really good race, the pace was there at the beginning, and we had some good fights with Max," Leclerc said.

"And the end it was incredibly difficult. I had this problem with the throttle, and it would get stuck at 20 or 30 percent throttle in the low speed.

"It was very tricky but we managed to make it stick until the end. And I'm so, so happy."

When asked if the alarm bells started ringing after seeing Sainz' car go up in smoke, Leclerc admitted Ferrari's reliability record was on his mind. 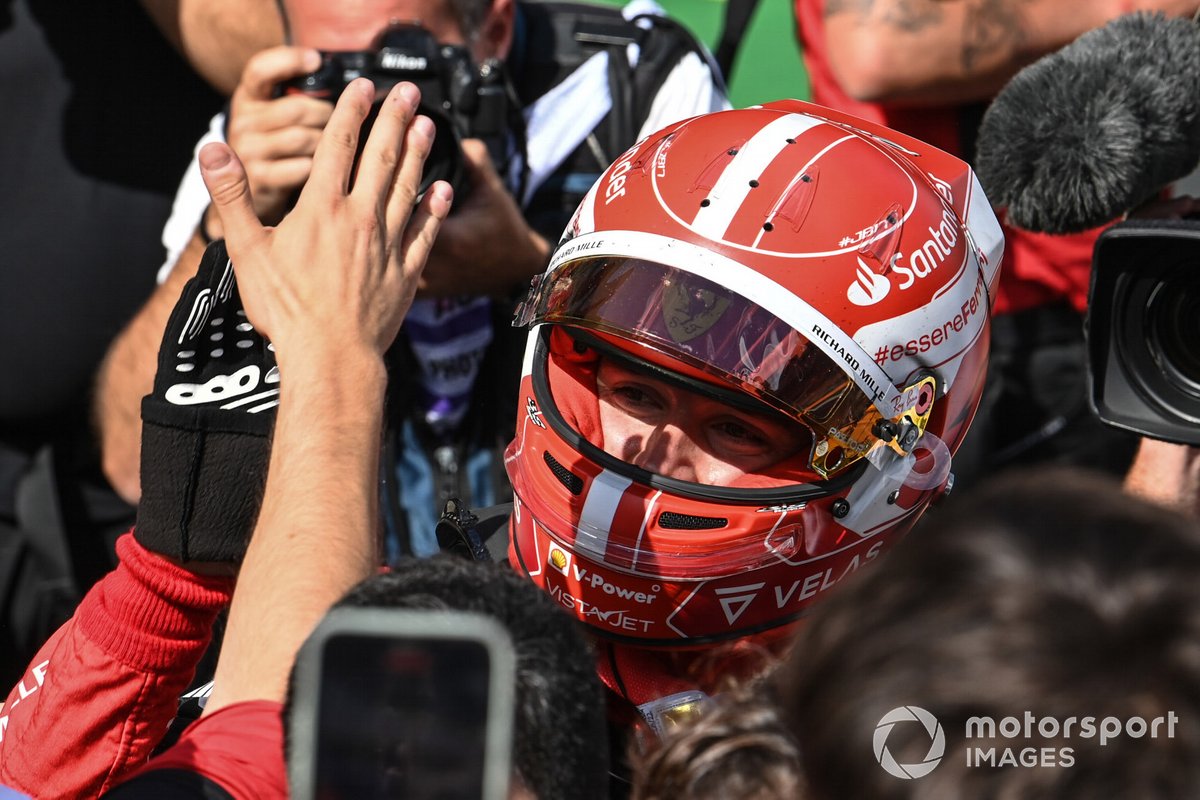 "Yeah, weirdly it was more or less at the same time, so of course, I had it in my mind," he admitted.

"I knew it was not a problem with the engine because it was really the pedal that was feeling weird. First at pick up and then at the end it would not come back to zero. But luckily it went until the end of the race."

Leclerc took his first win since the Australian Grand Prix in March as a mixture of reliability issues and questionable strategy calls contributed to an eight-race winless streak while title rival Verstappen built out a handsome lead in the drivers' standings.

As he took five points out of Verstappen over the Austrian GP weekend, which included a sprint race won by the Dutchman, Leclerc admitted he desperately needed to secure a third win of 2022.

"I definitely needed that one," he acknowledged. "I mean, the last five races have been incredibly difficult for myself, but also for the team, obviously.

"And to finally show that we've got the pace in the car and that we can do it is incredible, so we need to push until the end."