Saudi promises F1 all assurances it needs for 2023 return

Saudi Arabia’s government says it will give Formula 1 all the assurances it needs to be happy to return next year, ahead of team talks to discuss the fallout of last weekend’s events.

A missile strike on an oil facility less than 10 miles from the Jeddah circuit on Friday cast doubts over whether or not the Saudi Arabian GP would go ahead.

While team bosses were satisfied with the security information given to them by authorities, drivers needed more convincing before they too agreed to carry on after a four-hour meeting on Friday night.

F1 chiefs have promised to speak to teams and drivers over the next weeks to discuss the events in Saudi Arabia, and the next steps for the sport.

Although the planned talks have prompted suggestions that the future of the race could be in doubt, Autosport understands that F1 is fully intent on keeping the event on the calendar.

So rather than any meetings being about discussing whether or not the race continues, they will be more about downloading F1 teams and drivers about the security arrangements at the track, as well as any changes that Saudi authorities plan to make for 2023 and beyond.

The Saudi government itself is open that lessons can be learned, and has vowed to make every effort to ensure that teams and drivers feel safe to come back. Saudi Arabia’s minister for sport His Royal Highness Prince Abdulaziz Bin Turki Al-Faisal told selected media including Motorsport.com: “We haven’t got into the details. yet but we are open to discussions.

“We are open to sit down, see where the issues are, what the assurances are they need.

“Whatever they want, we are here to host F1 as best as it can be anywhere in the world. 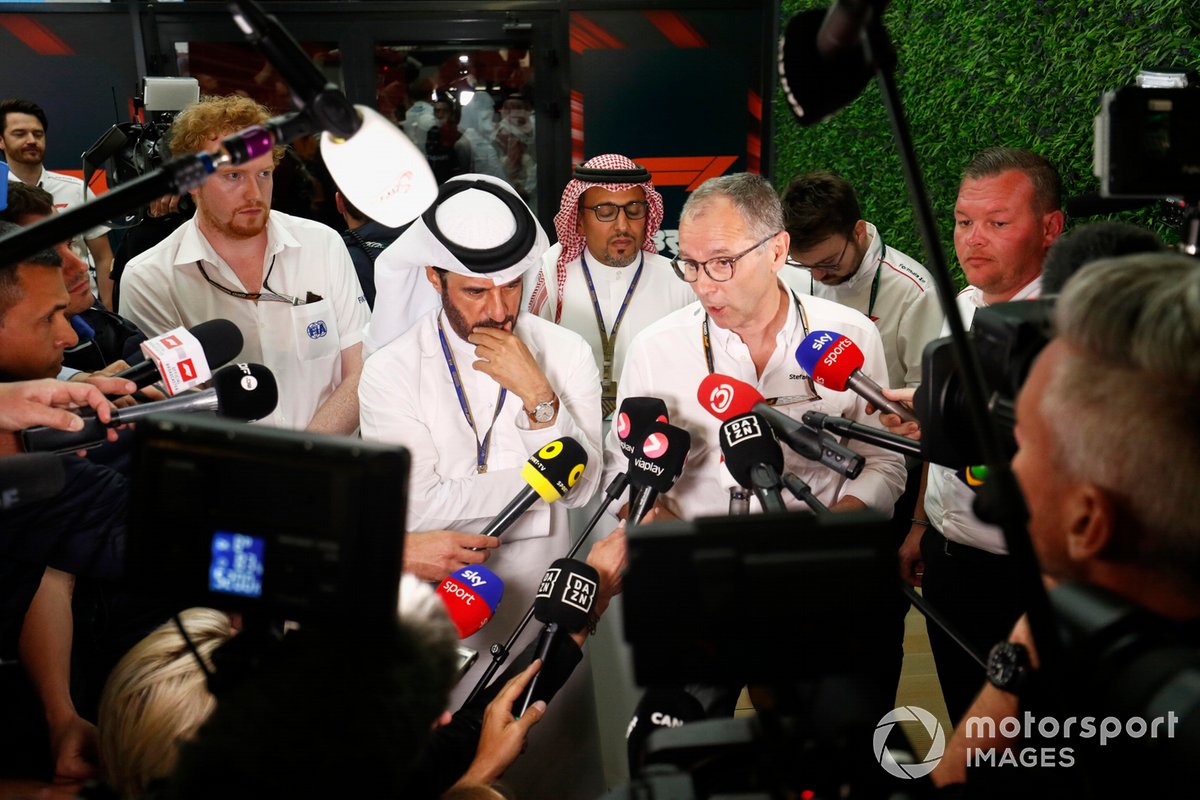 After a four-hour meeting on Friday night, F1 drivers agreed to carry on with the race weekend.

The attack on the oil facility, against the backdrop of ongoing concerns about human rights abuses in the country, cast a shadow over Saudi Arabia’s second F1 race.

But despite the negative headlines, Prince Abdulaziz says that hosting the F1 race still brings benefits – as he feels that having the spotlight on the country can act as a force for positive change.

“We are here for a long-term partnership for a reason, because we see where we’re going,” he said.

“We want to grow with the sport. We know the importance of F1 and we want to be part of the international community. We want to be present. We want everyone to come to Saudi Arabia and feel like as if they’re going anywhere else in the world.

“These issues unfortunately do happen, they happen everywhere in the world and we have to deal with them in the best possible way.”

He explained how the arrival of major sporting events like Formula E and F1 has already forced the country to open up, and be more accountable. One example is that Saudi Arabia has already had to change more than 200 laws to allow major motor racing events to take place.

“We were always accused for being shut out,” he said. “The first tourist visa happened because of Formula E. It was the first time we issued tourist visas because of that event.

Prince Abdulaziz accepts that there is negativity about Saudi Arabia, and admits the country needs to improve in areas, but says it is unrealistic to expect things to change overnight.

“We're a young nation. We're learning, we're moving forward, and we have a lot to develop on and a lot to prosper towards, and a lot to fix,” he said.

“Change is being done. Today you can see women and men working cohesively everywhere in the kingdom, even in ministries, when they weren't even allowed to go public areas before.

“So all of these things are a part of the change. Some of them we can change them very quickly. Some of them take time. But we're here to listen, to talk, to discuss.

“I'm sure you've seen a lot of politicians have visited the kingdom in the past couple of weeks, and they've discussed all of these issues. So we are here to move forward and to make Saudi a better place, and to live for a better future.”