The promoters of the Saudi Arabian Grand Prix have outlined further details on the planned track changes to the Jeddah Formula 1 track ahead of next month's race.

The Jeddah Corniche Circuit hosted its first race last December, but drew criticism from drivers over its safety due to the number of blind corners on a high-speed street track.

Last year's race was interrupted by two red flags and a number of crashes, prompting GPDA director George Russell to tell Autosport that the track was "lacking a lot from a safety perspective and a racing perspective".

Saudi Arabia will host its second grand prix in four months on 27 March, serving as the second round of the season.

The event's CEO, Martin Whitaker, confirmed last month that tweaks would be made to the track to aid driver visibility.

With one month to go until the race, a further update has now been given on which corners will be adjusted to improve sight lines by moving barriers and widening the circuit in places.

"It has already been confirmed that some minor tweaks will be made to the circuit to help improve driver sightlines from the cockpit by improving visibility in several of the circuit's corners including Turns 2, 3, 14 and 21 where the barriers will be moved back between 1.5m and 2m," reads a statement from Saudi Motorsport Company, the race promoter. 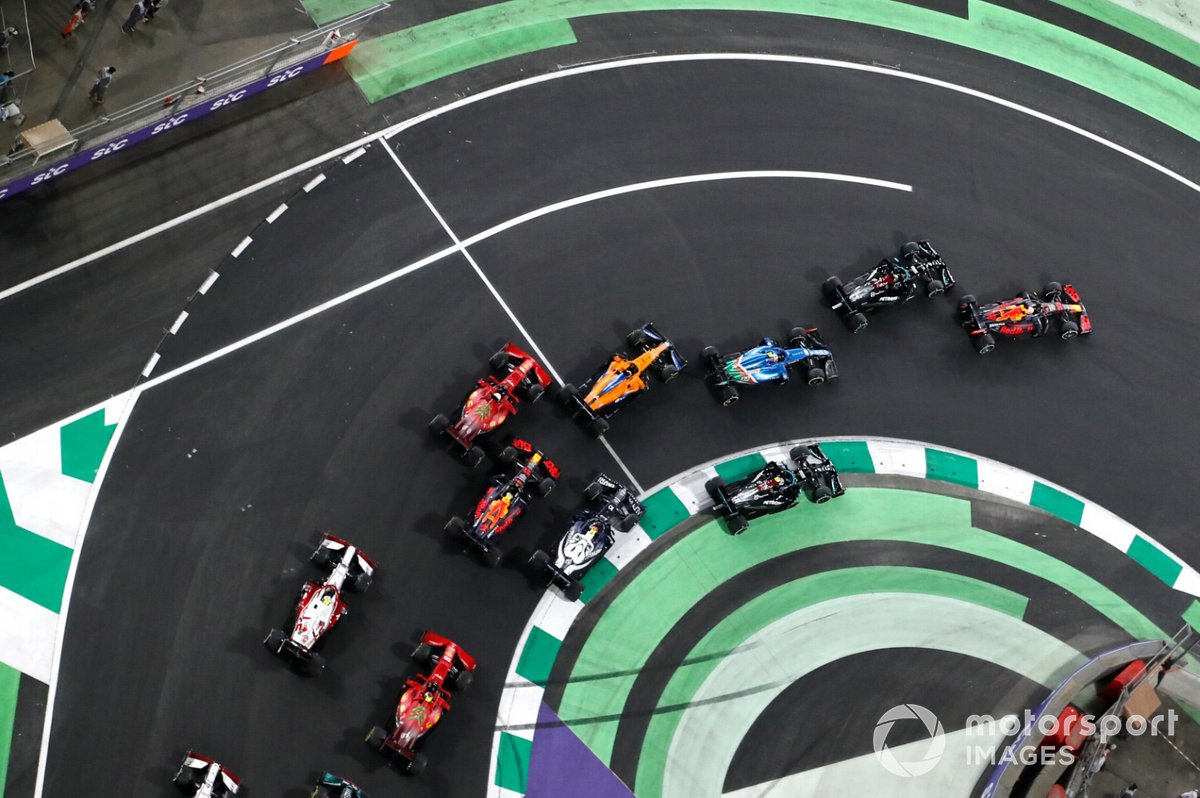 "Likewise, the barrier on the right-hand side of Turn 27 will be moved back by around 1.5m to widen the track at this point. In all cases except Turn 27, the track limit/edge will remain the same.

"In addition, further modifications will also be made to Turns 4, 16, 22 and 24 after consultation with the drivers who requested a smoother barrier on the apex so that they can potentially brush it as they pass.

"To accommodate this, SMC is installing a steel plate which will effectively wrap around the concrete barriers given them the smooth surface they require to favour the lines the drivers take around the record-breaking course."

The blind corners on the circuit caught out several drivers throughout the grand prix weekend last year, particularly in practice and qualifying when they were on a mix of fast and slow laps.

The second red flag of the race was caused by a crash involving Russell and Nikita Mazepin exiting Turn 2.

Russell took evasive action to avoid a clash between Sergio Perez and Charles Leclerc, which blocked the majority of the circuit, but Mazepin ran into the rear of the Williams through the blind corner.