The Swiss team ran its 2015-spec car at the opening four-day test last year, with its '16 design not arriving until the second test after Sauber adjusted its plans due to the late change to the F1 calendar.

New investors came onboard last July, securing Sauber's future, while an early decision to stick with a 2016-Ferrari power unit for '17 helped ensure its new car, which has passed all its crash tests, would not miss track time for the second successive year.

Teams are allowed to conduct two promotional events each season but no test may exceed 100km in length.

The regulations also insist only promotional tyres provided by Pirelli may be used.

Sauber's filming session will come five days ahead of the start of official pre-season testing at Barcelona.

Speaking to Autosport at the end of last season, team principal Monisha Kaltenborn had expressed confidence the team was "on schedule" to make the first test.

She added the future looks "extremely exciting" and is confident the new investor Longbow Finance is in it for the long haul. 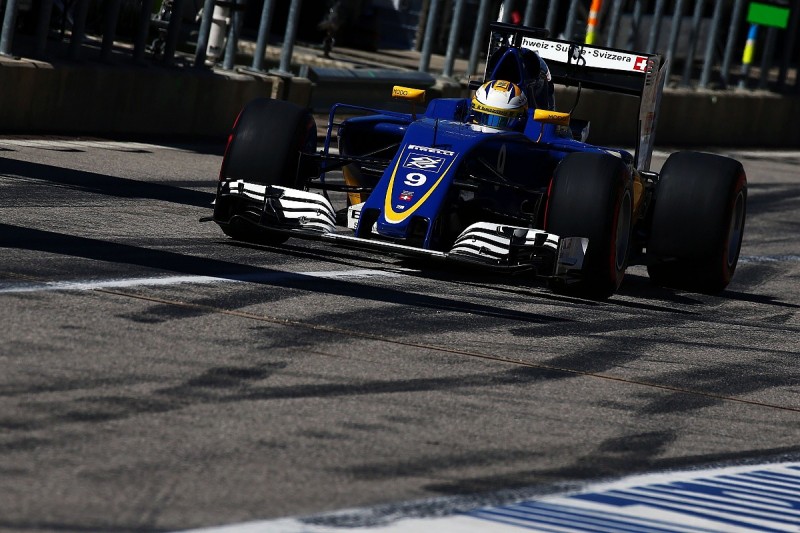 "They have come in here with a very clear conviction that they see a lot of potential," she told Autosport.

"Just because it is a financial institution, one should not make the mistake of thinking that this is something short term and when the figures are right, life goes on.

"There is so much more which they see in the people and the knowhow and where we are.

"There's no reason why we can't make a step into the midfield.

"There's a rule change which is chassis-related, not engine-related, so it's a chance.

"I'm not saying it's going to happen but it's a chance we have and that's what we need to maximise."

Sauber continues to strengthen its personnel line-up, with new race and system engineers set to join the team before the start of the season, which begins on March 26 in Australia.

New recruit Pascal Wehrlein will make his first visit to Hinwil in an official capacity next week to complete his seat fitting and begin the integration process with his engineers.