Sauber is confident it can turn its Formula 1 car into a points scorer this season, despite a difficult start with the C33

The Swiss team was the sixth highest scoring team across the last eight races of 2013, but trails all bar Caterham in the 2014 constructors' championship after seven races, having failed to score a single point so far.

Sauber team principal Monisha Kaltenborn says the Hinwil-based squad has paid a price for pushing on with development of its 2013 car late into last season.

"We had to set a different focus, which means compromises and not allocating so much resource to the new car," Kaltenborn told AUTOSPORT.

"We are still hopeful. There is potential in the car. Last year we could unlock it and we have to do the same here."

Esteban Gutierrez looked on course to score Sauber's first points of the year in May's Monaco Grand Prix, before crashing at Rascasse in the closing stages of the race.

That dropped Sauber behind Marussia in the championship, after Jules Bianchi scored his team's maiden F1 points by finishing ninth.

But Kaltenborn remains confident Sauber can repeat its form of last season, when it recovered from a difficult start to score well in the last part of the campaign.

"The fact we are behind Marussia at the moment is something we certainly don't like," Kaltenborn added.

"I'm not going to dramatise it, because it comes from a race where anything can happen. We were looking sure for points, but let's leave that aside. 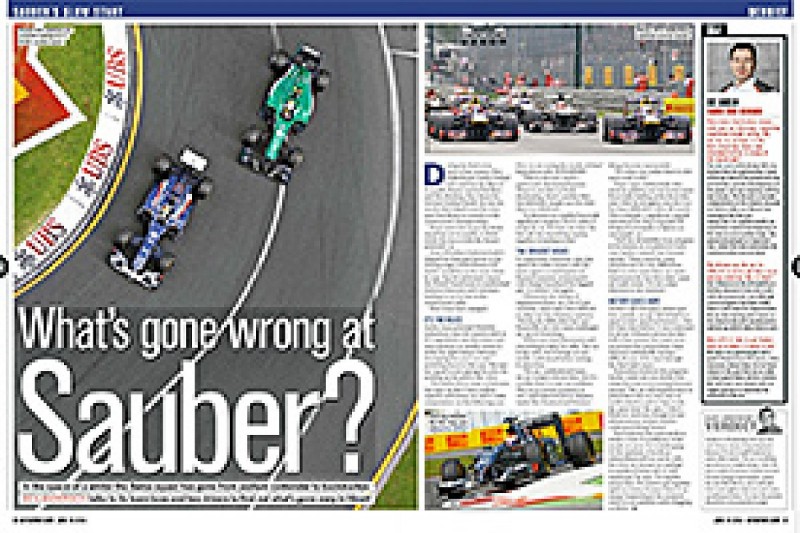 "We know we have to improve, but we still have enough races to show what we can do.

"I'm hopeful, like last year, that we will manage that."

Read an in-depth analysis of what's gone wrong at Sauber this season in this week's AUTOSPORT Magazine.

What F1 can learn from Le Mans