Carlos Sainz Jr has cautioned that track officials in Saudi Arabia will have to “stay sharp” due to the potential for high-speed accidents on the new Jeddah Formula 1 track.

The high average speeds and sequences of flat out and blind corners on the track, which is hosting the country's first grand prix this weekend, means that drivers will have little warning if there’s an accident ahead.

With the circuit's characteristics in mind, Sainz says drivers will have to rely on track marshals and race control to react quickly to incidents.

When asked by Autosport on Thursday before practice if he had any concerns about the track, Sainz replied: “Obviously, as a driver, you try not to think too much about this. You try not to focus on these kind of things, and rely fully on the FIA standards, that they normally pretty accurate and pretty good.

“The only thing that as drivers we've talked about is that if there's a crash in front of you, three seconds in front of you, we are doing above 250km/h in every corner, and there's not going to be time for us to react because there's a wall in between the crash and ourselves, we cannot see through walls.

“This is maybe the only big point to raise with the FIA, just to stay sharp with yellow flags and safety cars, red flags, because, it's gonna be an interesting one.”

AlphaTauri's Pierre Gasly agreed that marshals will have to be on the ball when conducting their duties.

"I think we all know it, and we all thought about it,” said Gasly when asked the same question by Autosport.

“And I think for [the marshals] it will be important to be really fast and efficient to react, because wherever you shunt basically the car will bounce back on the track, and the average speed here is 250km/h.

“It's gonna be a busy weekend for the guys, and hopefully they're gonna be on top of it.” 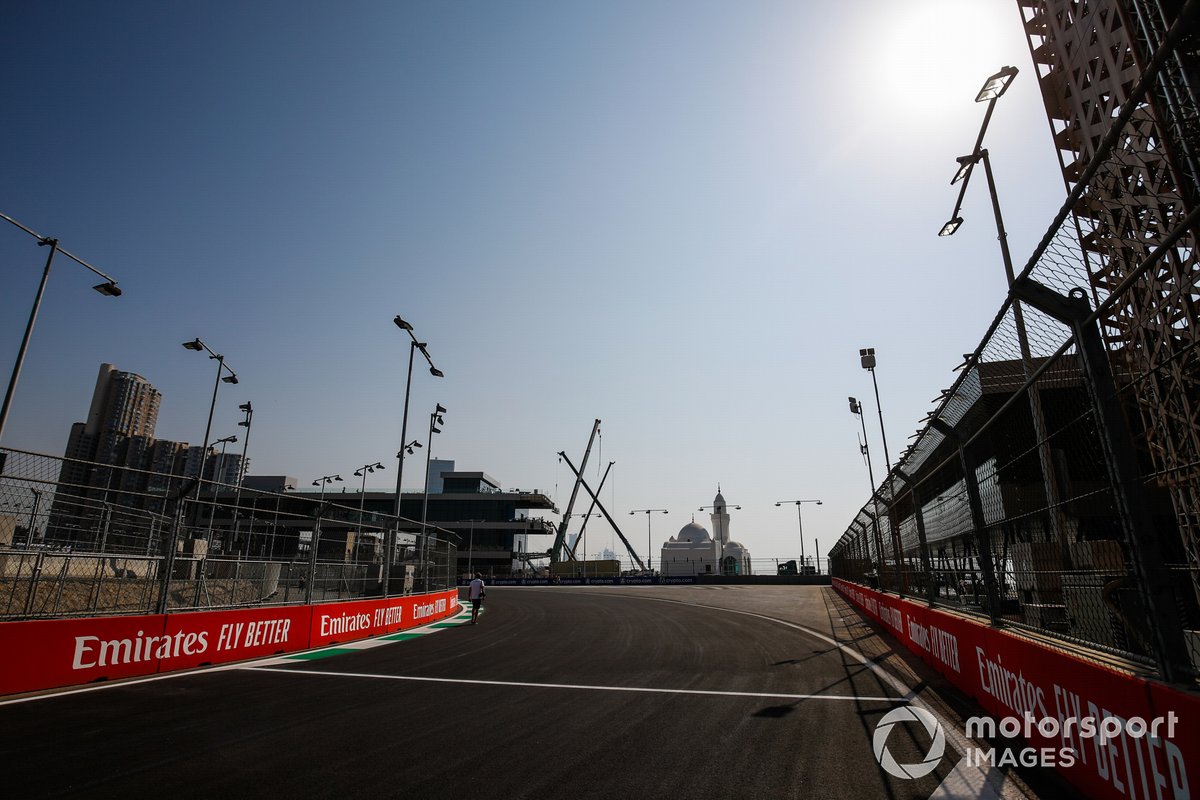 Gasly also highlighted that the prospect of drivers impeding each other could be a concern during the course of the weekend.

To mitigate this in Baku, the field was told to keep up a high speed through the fast last sector before starting their hot laps or when coming back to the pits.

Gasly has called on his fellow drivers “to use common sense between drivers, because it can be very dangerous”, and recalled his near-miss in Baku qualifying with then Toro Rosso team-mate Brendon Hartley in 2018.

“I've had the experience with Brendon in Baku, a very high speed section, coming into like a very slow car in blind corner is not something we should do,” added Gasly.

“It's just using common sense between us drivers. I think with the last long straight, you can create your gap at the end. This is okay and the last straight is wide enough. But clearly before that we'll have to be quite careful.”

Safety concerns aside, Sainz sees the nature of Jeddah as a positive move for F1.

“I think as a baseline F1 should have normal racetracks where they are fast tracks full of high speed corners where you can extract everything out of a F1 car - still be safe to do so - but not gain an advantage by going out of the track,” he said.

“That is what happens in modern F1 tracks nowadays.

“I think we as drivers were pretty clear this is what we want. This looks like an experiment of high speed circuit plus walls that we will need to see how it goes.

"It looks like the racing could be actually good fun. I just hope that everything obviously safe and that we don't have any surprises.”