Carlos Sainz believes criticism Ferrari has received this year for some of its Formula 1 strategy calls has been “unfair” after its tactics helped it to French Grand Prix pole.

In recent races, Ferrari has come under fire for strategy calls that have cost it big results, such as the decision not to change Charles Leclerc’s used tyres at the last safety car during the British Grand Prix, and the pit blunder that cost him victory in Monaco.

But at Paul Ricard on Saturday, Ferrari enacted a pre-weekend plan for Leclerc to use Sainz as a tow in Q3 to negate Red Bull’s top speed advantage over the Scuderia along the back straight.

The plan worked perfectly, with Leclerc – who admits Ferrari got the first Q3 lap wrong – taking pole from Max Verstappen by 0.304 seconds.

Sainz, who will start from the back of the grid due to a change in power unit components, says Ferrari’s qualifying tactics proved how “solid” the team is strategically.

“I think we’ve received quite a lot of criticism on the strategy front,” Sainz said.

“And I think it’s a bit unfair because every team this season, there’s going to be mistakes with tyres, choosing tyres and everything.

“But I think this year the team has been very solid on the strategy side and I think today proves it.

“It’s nice to see. I think you need to give it to us and to Ferrari that we did a very nice day.” 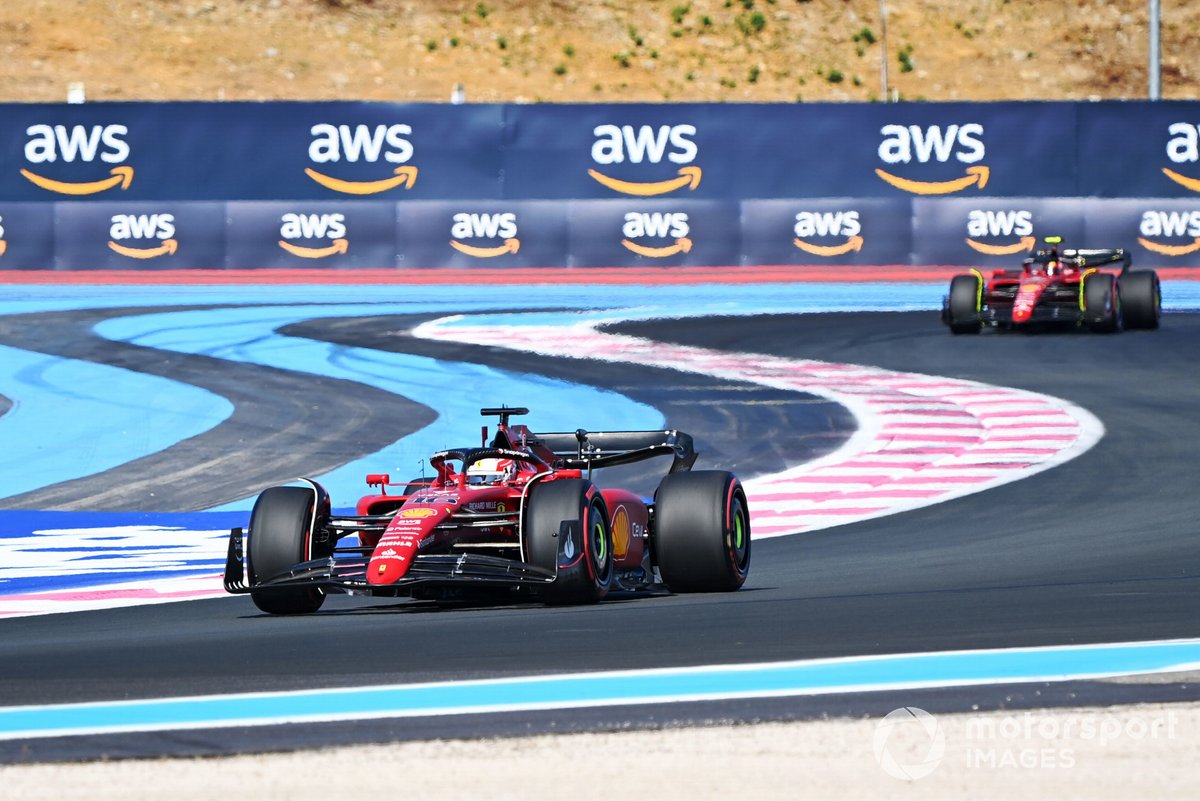 Ferrari elected to take its grid penalty hit at Paul Ricard as it should still offer Sainz options to mount a solid recovery through the field.

When asked what an acceptable level for the race would be, Sainz responded: “I don’t have a reference and especially we have half of the season left and with the way I’m performing on track right now, with how fast I was in Q2, how fast I was in Austria, in Silverstone, I think it’s not worth thinking about this.

“I will keep thinking about what I’ve been thinking about recently, which is to get myself back up to speed to last year’s level and I think today proves that I’m getting there and that I will obviously go for it until the team decides [otherwise].

“But for me, with half of the season left and everything that has happened in the first half, there’s still [options].”